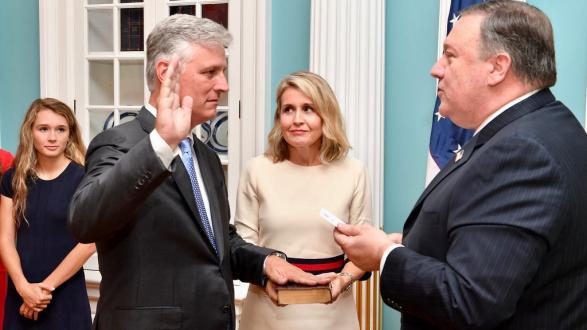 “Ambassador Robert O’Brien has been a valued member of the Pacific Council for over a decade. His long career of public service as well as recent successes as Special Presidential Envoy for Hostage Affairs at the U.S. Department of State have been characterized by great integrity, commitment, effectiveness, and success and the country is lucky to have Robert as its new National Security Advisor.”

In 2017, Trump considered appointing O’Brien as Secretary of the Navy. O’Brien has argued that the United States needs a more robust naval force in three articles in the Pacific Council’s online Newsroom: read them here, here, and here. Instead, in 2018 Trump decided to appoint O’Brien as the Special Presidential Envoy for Hostage Affairs at the State Department with the rank of ambassador. There, O’Brien led the U.S. government’s diplomatic efforts to secure the release of Americans held hostage worldwide while liaising with their families in the United States.

“I am pleased to announce that I will name Robert C. O’Brien, currently serving as the very successful Special Presidential Envoy for Hostage Affairs at the State Department, as our new National Security Advisor. I have worked long & hard with Robert. He will do a great job!”

O’Brien has served as a speaker and moderator at numerous Pacific Council events over the years. In April 2014, O’Brien traveled to Guantánamo Bay to observe military commission hearings in the case of U.S. v. Khalid Sheikh Mohammed, et al. as part of the Pacific Council’s GTMO Observer Program. You can read his observer dispatch here. A trial date of January 11, 2021, was recently set for Mohammed, the alleged mastermind of the 9/11 attacks.

In 2016, O’Brien laid out what he thought the incoming 45th president’s foreign policy priorities and national security agenda should be in an article for the Pacific Council’s Newsroom. He argued that the new president “must commit to a national security policy of ‘peace through strength,’ reassert American leadership, and rebuild our alliances.”

O’Brien previously served as co-chairman of the U.S. Department of State Public-Private Partnership for Justice Reform in Afghanistan under both Secretaries of State Condoleezza Rice and Hillary Clinton. The PPJRA promoted the rule of law by training Afghan judges, prosecutors, and defense lawyers and provided scholarships for young Afghan lawyers to study in the United States. From 2008 through 2011, O’Brien was a presidentially-appointed member of the U.S. Cultural Property Advisory Committee, which advises the federal government on issues relating to the trafficking of antiquities and other cultural items.

In 2005, O’Brien was nominated by President George W. Bush and confirmed by the U.S. Senate to serve as a U.S. Representative to the 60th session of the United Nations General Assembly where he worked with Ambassador John Bolton, who preceded O’Brien as Trump’s National Security Advisor. In addition to his other duties as a U.S. delegate, O'Brien addressed the General Assembly on the question of Palestine and represented the United States in the General Assembly’s Sixth Committee, which considered the Comprehensive Convention on International Terrorism. Earlier in his career, O’Brien served as a Senior Legal Officer for the UN Security Council commission that decided claims against Iraq arising out of the first Gulf War. O’Brien was a Major in the U.S. Army Reserve. 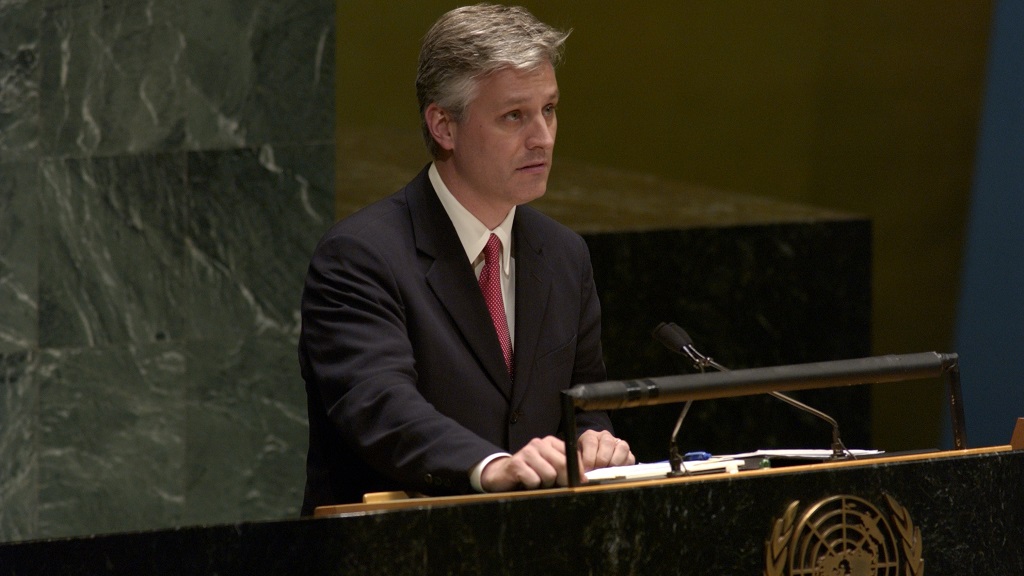 O’Brien is the co-founding partner of Larson O’Brien LLP in Los Angeles, a nationally recognized litigation firm. His law practice focuses on complex litigation and international arbitration. He has expertise in entertainment, intellectual property, oil and gas, contract and business tort matters. In addition to his client work, O’Brien has served as an arbitrator in over 20 international proceedings and he has been appointed by the federal courts to serve as a special master in numerous complex cases.

O’Brien served as a senior foreign policy advisor to Governor Scott Walker. He also served as a senior advisor to Governor Mitt Romney’s presidential campaigns in 2008 and 2012. His articles and editorials on foreign policy and national security regularly appear in national publications. He is a frequent guest on Fox News, CNN, and “The Hugh Hewitt Show.” He also serves on the Dean’s Advisory Board for Chapman University School of Law. He was a member of the International Republican Institute delegations that observed the presidential election in the Republic of Georgia in October 2013 and parliamentary election in Ukraine in October 2014.

ABOUT THE PACIFIC COUNCIL

The Pacific Council on International Policy is an independent, nonprofit, and nonpartisan organization in Los Angeles dedicated to foreign affairs. The Pacific Council is committed to building the vast potential of the West Coast for impact on global issues, discourse, and policy. For more about the Pacific Council visit www.pacificcouncil.org.