For Trump, Focus on Transition, Wait on Foreign Policy Plans 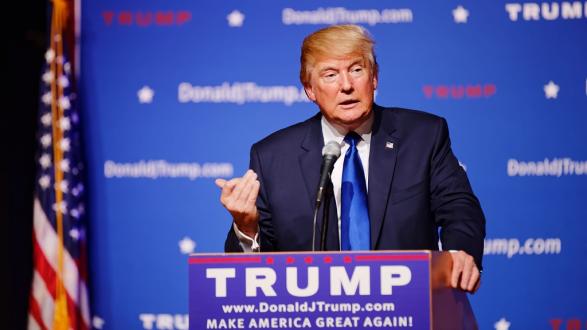 President-elect Donald J. Trump should focus on his administration’s transition rather than rushing to get everything on his foreign policy agenda done in the first 100 days, Dr. Elizabeth N. Saunders and Dr. Kori Schake told Pacific Council members in two teleconferences on the foreign policy challenges facing the incoming administration.

Saunders is an assistant professor of political science and international affairs at George Washington University. Schake is a research fellow at Stanford University’s Hoover Institution. The two teleconferences were moderated by Dr. Jerrold D. Green, president and CEO of the Pacific Council, and Mr. Robert C. O’Brien, managing partner at Larson O’Brien LLP.

The 45th president of the United States faces a wide array of challenges as soon as he takes the Oath of Office on January 20, 2017. From the ongoing war in Syria to tensions in the South China Sea and the reality of a nuclear North Korea to an increasingly aggressive Russia, the next administration will be tasked with developing and implementing a plan for the country’s future global engagement. But first things first, Saunders and Schake said: Trump needs to focus on his administration’s transition.

"The basic structural problem facing any president-elect is that there are approximately 4,000 jobs to fill," said Saunders. "That doesn’t seem like a lot to standards of some industries, but it’s a lot. What normally happens is the president-elect would plan to draw from the foreign policy bench of his party. If we had any other Republican nominee, there would be a relatively orderly transition in which a lot of policy papers would have been generated, people would have already been slated for particular jobs, and they’d be drawing on a well-established network."

"Encouraging Trump to make fast decisions may not make them the best decisions. It’s a mistake to put pressure [on Trump] for big changes in the first 100 days."

Schake downplayed the need for Trump to move fast during his first 100 days, and instead suggested that he take his time.

"Encouraging Trump to make fast decisions may not make them the best decisions," she said. "It’s a mistake to put pressure for big changes in the first 100 days, especially since Republicans control both houses of Congress. He has two full years. He doesn’t need to rely on the honeymoon of a recent election result to persuade Republicans in Congress on the pieces of his agenda that Republicans already agree with. On those things that Republicans don’t agree with, rushing will not help him either."

Saunders explained that there was an unprecedented split between the establishment Republican foreign policy group and the Republican nominee, leading many to wonder who is going to fill all those jobs.

"The early signs of a reconciliation between the ‘never-Trumpers’ on the foreign policy side and the Trump inner circle are not promising," she said. "That’s going to present problems."

Saunders added that the appearance that the transition is behind schedule and poorly managed is worrisome.

"Policy papers and transition papers are boring, but they are the bread and butter of transitions," she said. "Small matters of protocol are typically highly managed. In a government of this size and a country of this importance, those sorts of details can be very helpful in ensuring a smooth transition. As it is, the smoothness of the transition will have to fall to every day bureaucrats."

Saunders pointed out that Trump’s campaign focused on the idea of changing the status quo in Washington.

"Even if you want to change the status quo, you don’t want to do it in a haphazard way, but a deliberate way," said Saunders. "Also, it’s not so easy for one person’s knowledge in one domain to transfer to another. This idea that business acumen translates readily into governance acumen does not really hold much water."

Saunders said that it will fall to elites, especially Republicans, to hold the Trump administration accountable.

"If he tears up the Iran deal, Europe is not going to go back to enforcing sanctions on Iran. Instead, the Trump administration should strongly enforce the existing conditions of the Iran deal."

Schake emphasized the importance of Trump focusing on strengthening the United States’ alliance relationships in his first 100 days.

"I know that’s not his natural inclination, but if I were advising the president, I would strongly encourage him that the strength of our alliance relationships makes easier and more cost effective anything else we want to do in the world," she said.

She added that Trump should start in Asia because his campaign rhetoric about those countries was alarming to them. She said that the Middle East should be his second priority and Europe his third.

"The things he said about America’s Asian allies are particularly alarming to those countries because they rely so heavily on the United States," she said. "He should conduct a series of quiet, private conversations with foreign leaders, send the Secretary of State around to America’s closest allies to hear what they’re worried about, reassure them where they’re mistaken, and begin to chart a common course where the president wants to do things differently. Helping make predictable for our closest friends and most reliable allies any changes we’re going to make will be really important and it will buy him a lot of goodwill."

"This idea that business acumen translates readily into governance acumen does not really hold much water."

On the Iran nuclear deal, Schake listed two reasons for why she thinks the agreement will be harder for Trump to deal with than his campaign rhetoric suggested.

"He has been all over the map about where and how he would use military force, and it is a multilateral agreement," said Schake. "If he tears up the Iran deal, Europe is not going to go back to enforcing sanctions on Iran. Instead, the Trump administration should strongly enforce the existing conditions of the Iran deal."

On Syria, Schake said Trump’s policy should focus on taking the humanitarian crisis seriously because "it is the right thing to do."

On North Korea, Schake said the most powerful threat Trump can make is regime change. "The threat to Kim Jong-un’s government should be, ‘If you attack South Korea, we will force the end of North Korea’s government.’"

"Trump will come to see that some of his rhetoric during the campaign is actually quite costly for the United States," she said. "Fortunately, allies will help the United States because they don’t want a United States stampeding around making the world less safe for them."

Read interviews with Pacific Council experts on the Trump administration’s First 100 Days, and listen to the full conversations below.