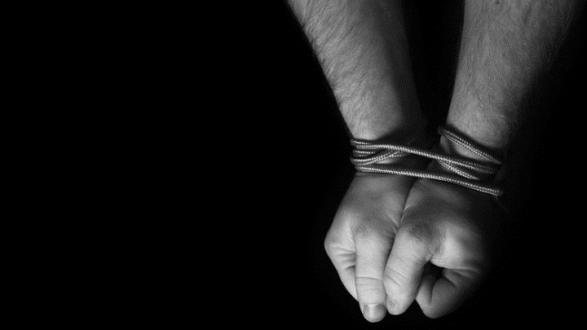 More than 85 years ago, the Japanese Imperial Army began coercing, manipulating, and otherwise forcing women and girls into captivity in a role termed as “comfort women.” While the term itself sounds soft, the practice was anything but.

Hundreds of thousands of women from countries occupied by the Japanese Imperial Army during the Sino-Japanese War and World War II—including Indonesia, the Philippines, China, and Korea—were effectively trafficked. These women were held at comfort stations where the army was located, and were expected to perform “services” for members of the military on demand. Declining was not an option. During WWII, German and French soldiers, as well as some UN officers, engaged in the abusive practice as well.

After many decades of silence, survivors are speaking out. Though their numbers are dwindling as the years wear on, some have gained a prominent voice on the international stage. Korean survivor Yong Soo-Lee was trafficked at 14. Today at the age of 86, she is an outspoken critic who has travelled to San Francisco, Los Angeles, and Washington, D.C., to bring global acknowledgment for what the term “comfort women” really meant, and secure an apology for the ordeal these women endured.

The LA Commission on the Status of Women recently launched the #LookAgainLA campaign to combat trafficking.

Jan Ruff-O’Herne, a globally recognized comfort survivor who was trafficked at the age of 21, once said of her time conscripted into gender-based war-time servitude that the experience was “one of utter degradation, humiliation, and unbearable suffering.” O’Herne was the first European woman to speak publicly about the abuses she and others endured, even testifying before a congressional committee in 2007.

Today, these same words are spoken by another survivor, Nadia Murad Taha. Taha is an Iraqi Yazidi woman who was among many thousands abducted by Islamic State fighters and conscripted as “ISIS wives,” effectively trafficked just as women were nearly 100 years ago. Taha escaped her ordeal, and instead of shirking into the shadows the way the conservative culture of the region may have dictated, she mustered the strength to speak out and addressed the UN Security Council in 2015.

Taha was awarded the Nobel Peace Prize in 2018 for her courage. Her advocacy helped people realize that to be the victim of gender-based war crimes and to bear the burden of rape has no shame. She, and the comfort women who have spoken out, have awoken the world to a global epidemic of trafficking. Their courage has forced us to acknowledge that we fail women and girls each time we deny the brutal reality of trafficking, or label it in terms more comforting than the practice deserves.

In 2028, Los Angeles will host the Summer Olympics, and we have every reason to be vigilant about an uptick in trafficking.

In 2028, Los Angeles will host the Summer Olympics, and we have every reason to be vigilant about an uptick in trafficking. Events such as the Olympics, the World Cup, or the Super Bowl have historically lured traffickers and presented an uptick in trafficking statistics. Migrant workers and undocumented immigrants are at the greatest risk of trafficking at these venues, and cities that host see increased activity around vulnerable young girls, with social media serving as a modern landscape for predators.

The LA Commission on the Status of Women recently launched the #LookAgainLA campaign to combat trafficking. This multi-media awareness campaign targets areas known to be vulnerable, as well as bus stops and train stations. All city agencies should partner with this campaign and other non-profits focused on empowering women to combat the scourge of human trafficking.

At a local level, just as on a global scale, denial is easier than action. Between terms such as “escort” and “sugar baby,” we look away. This time, let’s #LookAgainLA.

Maryam Zar is a Pacific Council member, LA Commissioner on the Status of Women, and founder of Womenfound, a nonprofit dedicated to bringing awareness to the plight of women in the Middle East and AfPak regions, and empowering them with a voice.