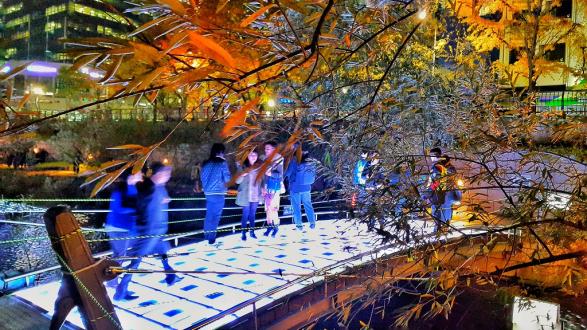 The United States and South Korea are the second and fifth largest exporters in the world, respectively, and their top export products are heavily weighted toward technology, including refined petroleum and planes, helicopters, and spacecraft for the United States, and integrated circuits and cars for South Korea. Technology and innovation are key contributors to both the U.S. and Korean economies.

In fact, the United States and South Korea are also strong partners in science. They work together in space exploration, advanced manufacturing, and information technologies, as well as climate change and artificial intelligence.

So what role does technology and innovation play in fostering economic growth for developed economies like the United States and South Korea? A panel of experts at the SeouLA Forum on March 31 will discuss.

Speakers in this session at the SeouLA Forum on March 31 will include Sangkyun Cha, professor at Seoul National University and director of the Big Data Institute; Jay Eum, co-founder and managing director of TransLink Capital; Kate Gordon, senior advisor at the Paulson Institute; and Jinhyung Kim, president and CEO of the AI Research Institute.

Stay tuned for results of the discussion.

Meanwhile, share your own opinion on social media: What is the role of technology and innovation in driving growth for the United States and for South Korea? Join the conversation on March 31 by tweeting at us @PacCouncil and using #SeouLA.