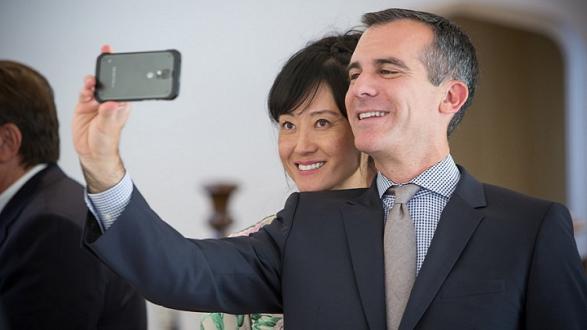 Roughly 350 miles south of Silicon Valley, the tech scene in the Los Angeles region was the fastest-growing start-up ecosystem in the world in 2014.

According to the annual report of Built in Los Angeles, digital tech companies in the city “had another record-breaking year in 2014, raising a total of $3.04 billion in investments and exiting for more than $5.9 billion.” To put those numbers in perspective: “investment totals were 188 percent higher than 2013 levels and acquisition totals were 430 percent higher than 2013 levels.”

The region is home to more than just a burgeoning start-up scene: some of the largest tech companies in the world are investing in Los Angeles. Late last year, Google spent nearly $120 million to purchase 900,000 square feet of commercial space in Playa Vista, which many are hailing as the new tech capital of the region. In 2013, Microsoft Corp. opened a roughly 20,000-square-foot space in Playa Vista to house some 130 employees. Even Facebook Inc. has its operations nearby.

Los Angeles Mayor Eric Garcetti took note, crediting L.A.’s “tech ecosystem” with helping grow the Los Angeles economy in 2014 and reduce L.A.’s unemployment rate by 2%. And what will the future hold? According to Mayor Garcetti: “Los Angeles has the creativity and talent needed for the digital tech industry to thrive.”

These developments may explain why angel investors and tech entrepreneurs are quickly snapping up L.A. real estate. Besides the relatively cheap land (compared to the Bay Area) and great weather, the draw of Hollywood provides investors the opportunity to fuse entertainment and tech in lucrative content partnerships.

Silicon Valley remains the indisputable tech capital of the world, but industry opportunities are on the rise in Los Angeles. Could the tech gap between Northern and Southern California be narrowing? Based on the current rate of investment, the industry seems to think so.

Read the full report from Built in Los Angeles.