Tracing Violence in Democracies in "A Savage Order" 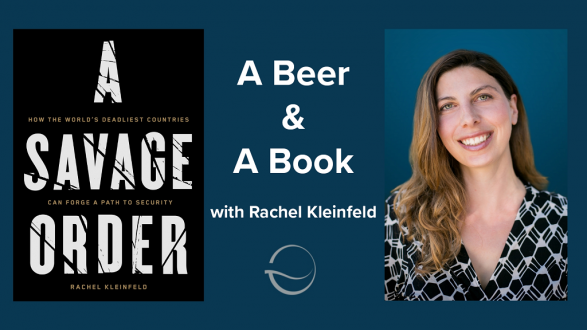 On Dec. 12, the Pacific Council, in partnership with the Truman National Security Project, hosted its first ever "A Beer and a Book" event with author Rachel Kleinfeld. Kleinfeld discussed her new book, A Savage Order, which explores why some democracies face extreme violence and how governments can regain security to protect their citizens. Her book features research from interviews with generals, politicans, mobsters, law enforcement, and more to explore how some countries riddled by violence have successfully found peace and security, while others remain war zones. 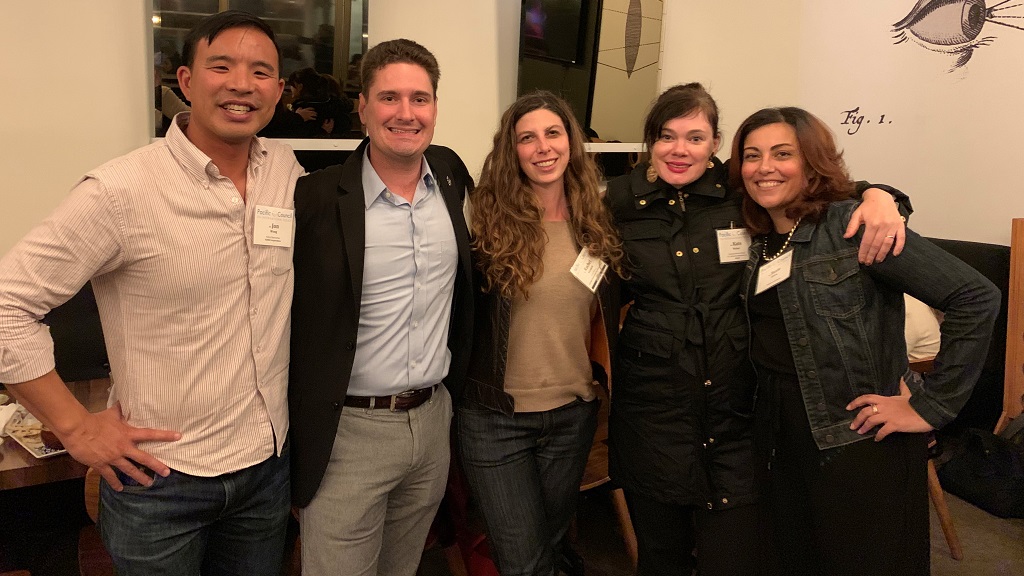 Below is an excerpt from Kleinfeld's A Savage Order.

A Savage Order journeys through crumbling, corrupt countries that have faced some of the most crushing violence in the world and were then reborn. Part 1 describes what makes some democracies so violent, why current explanations are wanting, and why common “solutions” backfire.

Part 2, which makes up the bulk of the book, describes the steps that successful democracies followed to achieve greater security. Each country’s story is woven throughout the chapters, because their steps are not linear. Nearly every democracy must take measures that appear to lead backward in order to progress, just as hikers must often descend into a canyon to eventually reach a summit. Upward momentum is not inevitable. Societies lurch forward, then make mistakes and fall back into new pathologies.

Part 3 discusses the implications of this new way of understanding violence and what governments, businesses, philanthropists, and regular people can do to help.

1. Violence as a Governing Strategy: Democracies become engulfed by violence in two situations. As common wisdom suggests, one cause is when states are too weak to enforce order. The second arises when politicians abdicate the monopoly of force and collude with violent groups to maintain power. The latter situation I call Privilege Violence because it occurs in highly unequal, politically polarized societies governed by political and economic elites who twist the law to their benefit to monopolize exorbitant state resources. This idea is new, and so it has never before been the focus of policy. Yet complicit states are far more common than those that are merely weak, and require a different solution.

2. Societies Decivilize and Recivilize: Ubiquitous violence changes society. Even in Mafia-riddled Sicily and insurgent-scarred Colom­bia, organized gangs, professional criminals, militias, and guerril­las accounted for only a portion of the bloodshed. Ordinary people contributed, too. When people lose trust in their government and antagonism deepens toward fellow citizens, violence increases, and impunity grows.

Ordinary people’s inhibitions to using force fall. Businessmen murder rivals; neighbors extort neighbors. As predatory elites allow violence to rise, societies polarize into two camps: those who seek a return to law and order even at the cost of government repression, and those who demand a more just government. In each faction, most people simply become apolo­gists for the violence emanating from “their” side. But some join gangs claiming to protect their neighborhoods, support guerril­las, or donate to paramilitaries. This is called the “decivilizing pro­cess,” and it can happen in any culture, from Bloody Kansas on the eve of the U.S. Civil War, to Michoacán, Mexico. These places look pathological. But any society can decivilize when governments abandon ordinary people to fend for themselves.

3. The Middle Class Is the Fulcrum of Change: Policy makers fighting violence tend to focus solutions on perpetrators or victims. They propose peace treaties with rebels or suggest grassroots pro­grams to deter people from joining gangs or terrorist groups. Yet Privilege Violence is rooted in the way a state is governed. Change begins when the middle class, the people with enough voice and power to change the system, mobilize. In these democracies, politicians depend on the middle class for votes and ensure that they are rarely touched by violence.

In highly unequal societies, the lives of those shattered by murder are so remote from most middle-class families that the problem can be ignored for a long time. The middle class rouses only when its sense of invulnerability breaks. Then whether they organize to change the system perpetuating violence or double down by supporting repression determines whether a country takes a step toward security or deepens its dev­astation. It takes social leaders to organize the middle class into movements that are focused on effective goals, strong enough to overcome entrenched interests, and broad and nonpartisan enough to achieve success in highly polarized countries.

4. Governments Need Dirty Deals, Centralization, and Surveillance: Countries that have fallen prey to Privilege Violence have bureaucrats and politicians who are helping criminals and insurgents. To fight this enemy within, politicians must centralize power and use dangerous tools such as surveillance and asset seizure. When a state’s police, military, and courts have been hollowed out by corruption and criminality, pragmatic leaders must make peace treaties and offer amnesties to the worst violent groups to buy the bureaucracy time to repair. Those agreements are essential, but they also make the job of rebuilding a just and trustworthy state more difficult.

A skilled politician can wield these tools without becoming authoritarian. But often the scalpel slips. Politicians lauded as reformers become more dictatorial. Societies must choose whether to allow their countries to descend into authoritarianism or rise up again and demand that their newspapers report the truth, their courts convict government wrongdoers, and their police walk the thin, difficult line of justice.

5. States and Societies Recivilize Together: Like the sand and the sea, states and societies function in tight relationship. Societies decivilize when states abandon the monopoly on violence. They recivilize when people decide to trust one another and follow the law. Yet communities cannot start that process alone. Reform-minded politicians must first prove that the state is governing for all of its people and enforcing the laws equally. But in a broken state, political leaders have few tools to start this process.

It takes savvy politicians using all their political skills to get the state work­ing before a government has a strong bureaucracy and security services. Throughout the process of descent and rebirth, states and societies pass the baton back and forth, spurring each other toward vicious cycles of increasing violence or virtuous cycles of renewal.

I began studying violence twenty years ago, on the streets of New Haven, Connecticut, and in the villages of northern India. The strategy I’ve uncovered is morally murky. It requires difficult ethical choices that will make many people on both the Left and Right as uncomfortable as they have made me in the years that I have grappled with these findings. The path out of bloodshed is measured not in years but in generations. There is nothing inevitable about success. Once a democracy descends into extreme violence, it is always more vulnerable to backsliding. The fault lines that split citizens into polarized camps and the temptation of repression are ever present. The struggle to escape doesn’t end.

Nearly every democracy must take measures that appear to lead backward in order to progress, just as hikers must often descend into a canyon to eventually reach a summit.

But to say that the story is never over does not deny the reality of success. Some of the places I will describe faced total collapse and anarchy. In most, death sentences emanated from the mouths of the most powerful. Today, each is at a different point along the path toward recovery. They remain flawed, but all are much safer societies than in years past. They have become places where people have far greater chances to educate their children, build productive lives without fear, and grow old among those they love. Over 1.5 billion people, and 1 in 6 children, live in countries beset by serious conflict and crime. For them and for those lucky enough to live in more stable societies, this book provides more than hope. It offers a blueprint for action. ​

Rachel Kleinfeld is a senior fellow at the Carnegie Endowment for International Peace and was the founding CEO of the Truman National Security Project. From 2011 to 2014 she served on the U.S. State Department’s Foreign Affairs Policy Board and regularly advises officials in the United States, the United Kingdom, and other allied governments.