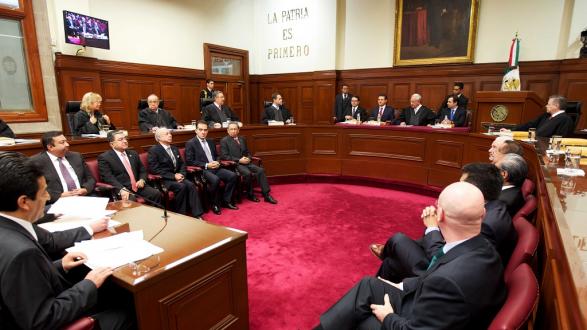 Patrick Del Duca has been a Pacific Council member since 1996, the second year of the organization's existence. He is a partner of Zuber Lawler & Del Duca LLP in Los Angeles. Included in the 2010-2018 editions of The Best Lawyers in America® and the author of Choosing the Language of Transnational Deals: Practicalities, Policy and Law Reform, he serves as membership officer of the American Bar Association’s Section of International Law. He assists entrepreneurs, investors, companies, and financial institutions in cross-border investments and financings.

Following law school, Del Duca clerked for Judge Alfred T. Goodwin of the U.S. Court of Appeals for the Ninth Circuit, and then for Justice Antonio La Pergola of the Corte Costituzionale in Rome. He teaches at UCLA Law School as an adjunct professor, most recently teaching International Finance. In recent years, he has taught the law of negotiable instruments in intensive summer classes at the law faculty of the Universidad de los Andes.

Del Duca is the editor along with Yurixhi Gallardo of a new book of essays called Mexico and Its Legal Systems: Lawyers’ Essays on the Continuing Evolution, which was recently published by the American Bar Association and Carolina Academic Press and provides concrete, practice-oriented insight into key topics of Mexican law including federalism, civil procedure, dispute resolution, immigration, foreign investment, and land ownership. Concurrently, it explores how the law approaches gender equality, assures fair and transparent elections, and shapes the role of the legal profession.

The 10 essays spotlight fundamental aspects of Mexico’s legal system, often inadequately appreciated both within and outside Mexico. They highlight developments that directly confront social demands for enhanced rule of law and access to justice, as well as the continuing challenges of conforming legal institutions to needs of contemporary society.

Del Duca recently spoke with the Pacific Council about his new book and the Mexican legal system.

Pacific Council: Tell us about your book. How did the idea come about?

Patrick Del Duca: It’s a courageous book that came out of a lunch with the dean of the law school at Universidad Panamericana in Guadalajara. We were discussing the horrific loss of 43 Mexican students in a place called Iguala. Our discussion was not about who did what to whom, but rather as the dean of a law school in the state of Jalisco, what were the challenges to be confronted to assure that the circumstances that would allow such horrific event could not be repeated. This book, which is a legal, sociological, and anthropological examination of Mexico’s legal system and its response to rule of law challenges, came out of that conversation. I am the only non-Mexican lawyer who is a contributor to the book. Most of the authors are Mexican lawyers and law professors, each in his or her area of special expertise, writing about how Mexico is confronting the rule of law challenges that are associated with the dynamism of Mexican society and the growth of its economy.

Who is the audience for this book?

This book offers insight for people who care about and are interested in Mexico and would like to know more. It also offers real insight for seasoned Mexican lawyers and those who know Mexico quite well. The book starts with an examination of how Mexican law approaches the notion of gender equality, and presents insights into how in some substantial ways that differs from the way we approach those issues in the United States. There are parts of the book that go to the roots of Mexican society; for example, the chapter on agrarian law. About half of the property in Mexico is subject to the agrarian law regime. That chapter goes into the pre-Colombian roots, the way that the indigenous peoples of Mexico dealt with land ownerships and how that echoes into the present, how understanding that is a way to appreciate how land ownership and tenor issues are dealt with in Mexico today.

There are parts of the book that address the Mexican courts and how they work. Everyone is concerned that litigation in Mexico takes a long, long time. There are chapters that explain the uniquely Mexican institution of amparo, something that Mexico and Mexicans have reason to be very proud. It is a device to protect constitutional rights in individual cases. The essay explores the constitutional reforms that have increased the importance of amparo and also lays out the procedural challenges associated with the use of amparo and why they make litigation in Mexico take so long. There’s another chapter which deals with the use of mandatory alternative dispute resolution, which now is the way through which a very large proportion of civil litigation in Mexico is in fact resolved. One of the things that’s unique about the book is that it is accessible but it also lays out these areas of the law with insight into the hard, technical aspects of them, as well as the ability to appreciate generally how they shape Mexican society.

How is the changing U.S.-Mexico relationship having an impact?

The prologue by a former senior Mexican electoral judge looks at the value of understanding across borders, and salutes this work as an opportunity for its Mexican authors to offer a window of understanding to their U.S. counterparts into how the Mexican legal system actually functions and the good things that are happening there. As we all—Canadian, Mexican, and American—think about the implications to date of NAFTA and what’s next, it’s important to understand how Mexico’s legal system has evolved and continues to evolve in a very dynamic way to support the aspirations of an increasingly prosperous society. That is something which is valuable and essential to everybody concerned.

Does the Mexican legal system model itself after the U.S. system, or is it its own animal?

Its historical roots are in continental civil law, but its public law aspects are in many ways modeled on the U.S. constitution. It is next door to the United States, and there’s the phrase, "So close to the United States, so far from God." Mexico’s legal system is in fact a sophisticated hybrid and in many ways with its key concept of amparo as a protective constitutional divide, it is unique.

What other challenges does the Mexican legal system face?

It faces many challenges, and the various of chapters of the book squarely address those challenges. One chapter which I find particularly gripping starts with the story of an illiterate single mother who pays for a notebook that her daughter needs for school homework with a small bill that turns out to have been forged. The single mother did not know that. She received the assistance of state appointed counsel which clearly was not effective, and she ended up incarcerated and separated from her daughter. That’s the bad news. The good news is that a Mexican bar organization provided subsequent pro bono legal assistance which resulted ultimately in a presidential pardon of this woman, her release, and her reunification with her daughter.

The essay in the book uses that illustration to explore the organization of the legal profession in Mexico, the responsibilities of lawyers for the effective functioning of the legal system, the delivery of justice, and what is happening within the context of how the system is currently defined and then offers some thoughts about what further steps should be done to improve how the legal profession in Mexico contributes to the administration of justice. This specific essay is highly provocative and at the same time very insightful.

There are a lot of things to be learned in both directions. One example is the way that Mexico deals with the issue of gender equality, which is explored in the first essay of the book. The commitment of the Mexican legal system to ensuring maternal health and child care access is also something worthy of appreciation from a U.S. perspective.

Anything else you would like our members to know about your book?

There’s too little written in accessible English about Mexico’s legal system. How that legal system works is foundational to international relations issues and the cohabitation of these two neighboring countries with respect to a whole range of issues including trade, migration, substance abuse, and others. Conversations around all of those issues are usefully informed by a deeper understanding of how Mexico’s legal system underlies and provides a framework for how it is that Mexican society works.

Get in touch with Patrick if you’re interested in learning more about his work by emailing us at engage@pacificcouncil.org.