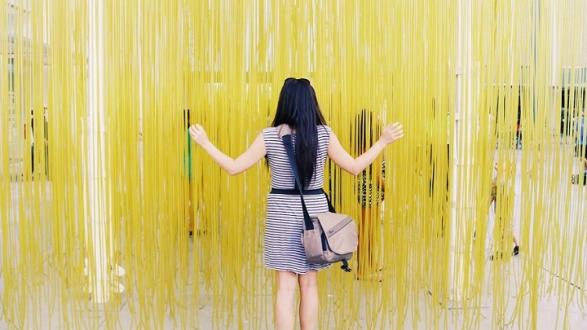 Well before Los Angeles could reasonably have been characterized as a global city on the level of New York and London, the film industry captured the imagination of the world. As long as there has been an entertainment industry, Los Angeles has been its epicenter. Now, a recent influx of artists, dealers, and museum directors has transformed the region into a major global player in yet a different creative industry.

Los Angeles – with its internationally recognized museums, galleries, and artists – is well on its way to becoming the new art capital of the world. How did this happen?

During a panel event hosted on April 1 by The New York Times at the Segerstrom Center for the Arts in Costa Mesa, California, luminaries in the artistic community came together to discuss the emergence of Southern California in the international art scene. The panel included Dr. Timothy Potts, director of the J. Paul Getty Museum; Paul Schimmel, partner in the new gallery space Hauser Wirth & Schimmel; Todd D. Smith, Director and C.E.O. of the Orange County Museum of Art; and rising young L.A. artist Samara Golden.

The panel’s consensus: the artistic renaissance in Southern California was inevitable. Los Angeles County is the region with the most museums in the United States (681, compared to New York County’s 414), and the city is home to the country’s largest per capita population of creative professionals.

More and more artists are flocking to the sunny confines of Los Angeles to set up shop. What is it about the region that makes it so desirable to the artistic community?

Two things: it’s all about vibe and economics.

Compared to New York, where the hectic pace of the art scene can often stifle creativity and dampen artist’s spirits, the laid-back vibe of Los Angeles allows creative types to breathe more easily – something many artists have credited as crucial to their creative development. “In LA, artists can test things out without the glare of the spotlight,” says Ali Subotnick, a curator at the Hammer Museum who moved from New York in 2006.

The relatively cheap commercial real estate market (when compared to New York and Europe) has also played a major role in the migration of artists to Southern California. Rents are cheaper here, and artists are able to set up their studios in the seemingly unlimited warehouse space available throughout the revitalized urban areas in Downtown L.A.

Can Los Angeles supplant the behemoths of New York, London and Berlin and become the new art capital of the world? Send us your thoughts. We’ll share the best comments here on the site!