The Intelligence Community is Vital in Age of Cyber Threats 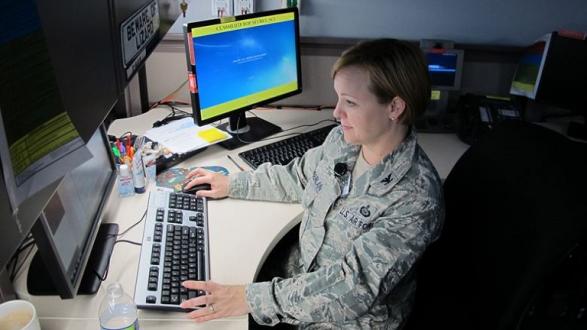 With the evolving danger of cyber-attacks, the U.S. intelligence community is more important than ever, Ms. Susan Gordon recently told Pacific Council members. Gordon is the principal deputy director of U.S. National Intelligence, making her the second highest ranking person and the highest ranking woman in the intelligence community. The discussion was moderated by Mr. Paul Rosen, former chief of staff at the U.S. Department of Homeland Security.

The Office of the Director of U.S National Intelligence (DNI) was established after the 9/11 attacks to provide oversight, coordination, and intelligence integration for the 16 agencies in the intelligence community. Its goal is to ensure that U.S. leaders have the best available information so they can make informed decisions with regards to national security issues.

"Intelligence is one of the great disciplines of all time," said Gordon. "Intelligence is knowing the truth as best we see it and presenting it in a clear and unequivocal fashion. Whether warfighter or legislator or policymaker, we want our leaders to have the best information so that they can make a good decision."

Gordon pointed out that the work of the intelligence community is independent of the work of politicians and policy makers.

"Administrations change, world conditions change, but the work of intelligence remains the same: to see a bit beyond the horizon and to present that information to our leaders so that they can act before events force our hand. That work of gathering the information is independent of what the policy makers decide to do about the information," she said.

Responding to questions about the Trump administration’s accusations of politicization of intelligence agencies, Gordon said that intelligence officers know they have to be neutral about policy.

"Intelligence is a jigsaw puzzle where you don’t know what the picture is and you only have a quarter of the pieces and the president needs an answer in five minutes in order to make a decision."

In reference to the then-pending release of the "Nunes memo" regarding the Russia investigation, Gordon said she hopes "the people making these decisions understand the ramifications of what they’re doing, but it’s their memo. I think we have to tread lightly, as a nation, on this. I would counter-advise [releasing the Nunes memo], but their memorandum, their prerogative."

"Intelligence is a jigsaw puzzle where you don’t know what the picture is and you only have a quarter of the pieces and the president needs an answer in five minutes in order to make a decision," she said. "It’s an incredibly rigorous process."

Gordon said that the intelligence community is especially vital at a time when the biggest threat to the United States is cyber warfare.

"I know of no development that poses a greater threat to this nation than a massively, digitally connected world where every aspect of national interest can be affected through digital domain in a largely unconstrained way by anybody who has a few bucks in a manner that defies logic of geography and reach and investment against a target that is so distributed and still so connected," she said. "I have never seen anything like it. Our major adversaries have made significant advances in their cyber capabilities just in the last five years. We need to do a much better job on cybersecurity."

"I don’t want anyone to have to choose between doing what they love and being treated with respect at work. I need the intelligence community to be the model of perfect inclusion."

She added that it isn’t the government that needs protecting necessarily, but rather U.S. national infrastructure, intellectual property, critical military systems, and the ability to assess the truth, which was damaged during the 2016 presidential election.

"Russia’s interference in the election woke us all up," she said. "Elections are the thing that are most sacrosanct to democracy, and believing in our systems is the most important thing to us. The Russian actions were designed not only for a specific outcome, but to make Americans not trust our systems, to not believe what we know. The attempt to influence not only the United States but other nations is an attempt by the Russians to prepare for the actions that are in their interests."

Gordon also addressed the #MeToo movement and the ubiquitous nature of sexual harassment, even in the intelligence community.

"What disappoints me most about the recent revelations of sexual misconduct that inspired the #MeToo movement is that people are shocked that women could be mistreated," she said. "Every woman I know can tell you a story on a spectrum when they have been treated with something other than dignity and respect. I don’t want anyone to have to choose between doing what they love and being treated with respect at work. I need the intelligence community to be the model of perfect inclusion."