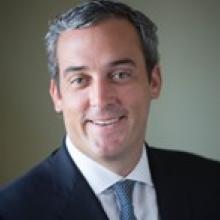 Paul M. Rosen is a partner in Crowell Moring's White Collar & Regulatory Enforcement, Privacy & Cybersecurity, and Government Contracts groups. Paul is a former federal prosecutor and served as Chief of Staff at the Department of Homeland Security. In this role, he oversaw for the Secretary the operational and organizational needs of the third largest department in the United States government. Mr. Rosen also advised the Secretary and Deputy Secretary on all matters for which DHS has responsibility, including counterterrorism, cyber security, border security, aviation security, trade and travel, immigration, federal disaster response, and criminal law enforcement matters. Mr. Rosen previously served as Deputy Chief of Staff and Senior Counselor at DHS and Chief of Staff at U.S. Immigration and Customs Enforcement.

From 2010-2013, Mr. Rosen worked as a federal prosecutor in the U.S. Attorney’s Office for the Eastern District of Virginia and for the Department of Justice Criminal Fraud Section, where he prosecuted a range of financial crimes including securities fraud, bank and mortgage fraud, FCPA, money laundering, insider trading, corruption, bankruptcy fraud, and government and procurement fraud. In recognition of his work, in 2012 the Council of Inspectors General recognized Mr. Rosen with its Integrity and Efficiency Investigation Award of Excellence.

At the U.S. Department of Justice, Mr. Rosen also served as counsel to the Assistant Attorney General for the Criminal Division. From 2006-2009, Mr. Rosen served as Counsel to then-Senator Joseph Biden, Jr. on the United States Senate Judiciary Committee.

Prior to the Senate Judiciary Committee, Mr. Rosen was a law clerk to the Honorable Gary Allen Feess, U.S. District Judge for the Central District of California.