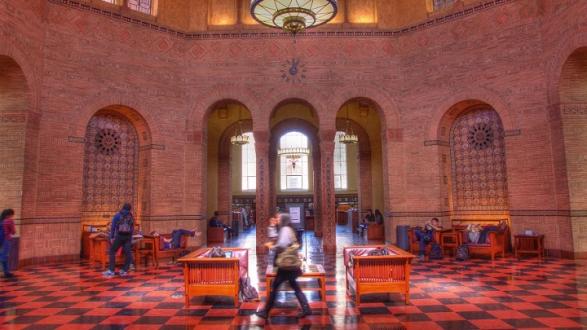 The best and brightest students and faculty from around the world are drawn to the Los Angeles and the broader Southern California region, home to six major research universities — Caltech, USC, UCLA, UC Irvine, UC San Diego, and UC Santa Barbara. In figures compiled by the Institute of International Education (IIE), higher education institutions in Southern California enrolled some 72,762 international students in 2013-2014.

The region’s colleges and universities are also major centers for international scholarship and research, collaborating with foreign institutions and attracting faculty from all corners of the globe. And over the last decade, the international character of their research collaboration has become even more pronounced.

One way to measure the extent of international research collaboration is through the authorship of academic publications produced by faculty at these universities. By using the SCOPUS database of academic citations, we identified publications by authors at these six universities. We then identified the fraction of those papers that were coauthored by someone affiliated with a university or research center outside the United States. As Figure 1 shows, the share of publications by SoCal faculty and international coauthors has risen from 25.8 percent in 2004 to 36.2 percent in 2014.

The six Southern California research universities also compare well individually with other leading U.S. universities by this measure of international research collaboration, as illustrated in Figure 2.