How Technology is Transforming our Understanding of War 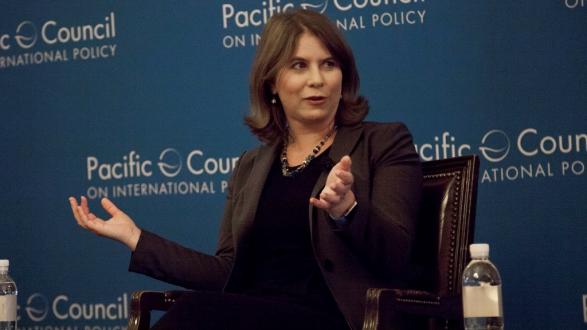 Brooks is a senior fellow at the New America Foundation and a columnist at Foreign Policy. Neffenger is a retired vice admiral and the former administrator of TSA. The discussion was moderated by Karen Richardson, former deputy assistant secretary of the Bureau of Public Affairs at the U.S. State Department.

"In the last 15 to 20 years, our traditional understanding of what war is has really been challenged as the result of technological developments," said Brooks. "Take cyber for example. It’s now possible given available technology to achieve the traditional ends of war—a level of disruption and instability—using a method that doesn’t necessarily involve any bleeding but is just as disruptive. As we go forward into the brave new world of bioengineered viruses and information operations, we’re going to be seeing more things that create disruption on a level we associate with war but just don’t fit very neatly into the traditional category we call war."

Brooks said that it is getting harder to determine what counts as war and who counts as a combatant. Neffenger agreed that this change is blurring the rules of engagement on the battlefield.

"In traditional wars, there are very defined rules of engagement," he said. "As you get into the realm of drone strikes—not direct human-on-human action but the more distant technological piece—it’s not clear where the transfer takes place, and where you cross from legal to illegal."

"All of our assumptions—about what war is, about what a state is, about the adequacy of our legal frameworks—are breaking down and we’re struggling to adapt."

Brooks pointed out that many people would be hard pressed to define war in the first place.

"When we think of war, most definitions assume that it’s violent, it involves physical force, there is bleeding or the possibility of bleeding, it involves lots of people fighting in an organized way, and it’s got a political purpose to it," she said. "But now we’re seeing all of our assumptions—about what war is, about what a state is, about the adequacy of our legal frameworks—are breaking down and we’re struggling to adapt."

Neffenger added that this has been a challenge particularly for the military, which he said has done a "remarkable job of adapting to this very fluid enemy out there that looks very different from place to place."

As the TSA administrator from 2015 to 2017, Neffenger also faced the challenge of adapting to a fluid enemy.

"What I tried to do at the TSA was to think more offensively and try to evolve faster than the terrorist groups were evolving," he said. "There’s a difficulty in identifying the strategies they’re using. There are a lot of them out there and they morph and change. And there’s a reticence on the part of security agencies to change something they’ve been doing because it’s risky to take a chance. So we tend to play a very defensive role. We try to go back to those old standard definitions that are hard to place against them. We think we understand what it is and we get a system to fight what they did before, and eventually they just find a way around it."

Brooks said that the increase in global interconnectedness means the next big threat could come from anywhere and in any form, which forces the military to make almost impossible decisions about priorities.

"Even the U.S. military can’t be everywhere and do everything," she said. "Traditional conflicts are still going on, and at the same time we need to think about cyber threats, chemical weapons, bioengineered viruses, and Russian influence campaigns. Destructive power has simultaneously been democratized and concentrated. It’s now possible for one individual or small group to unleash carnage and destruction on a scale that used to be associated with states and their militaries. How on earth do you set those priorities?"

"Troops on the ground actually do serve as diplomats on a day-to-day basis, but my concern is when we start to see everything as a job for the military and forget all the other tools we have."

Brooks warned that the United States is entering a vicious cycle in which "the more capable and respected the military is, the more everything starts to look like a war." 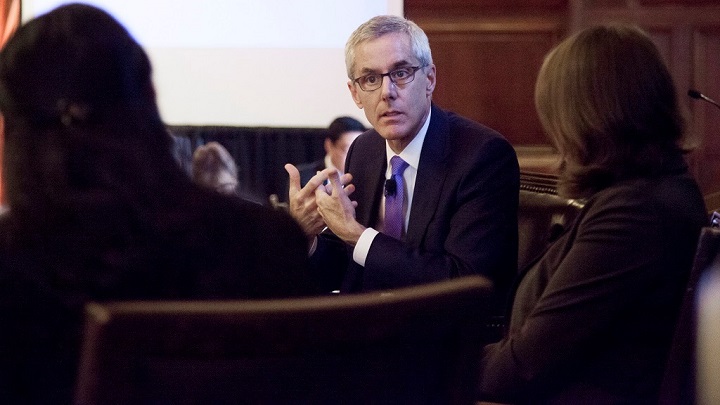 "Troops on the ground actually do serve as diplomats on a day-to-day basis, but my concern is when we start to see everything as a job for the military and forget all the other tools we have," said Neffenger.

Brooks agreed that troops can serve as diplomats, adding that she is not a fan of the budget cuts to development and diplomacy organizations the Trump administration is proposing.

"On some deep level, I care more about the United States getting done the things it needs to get done than I do about who does it," said Brooks. "That said, there is nothing more political than the decisions we make about who should kill, who should die, where we’re going to use lethal force. Any notion that the military can or should somehow magically stand outside of politics is an illusion. It has always been political and it always will be."

Neffenger said there is a lesson for the world to learn from the peace deal between the Colombian government and the FARC rebels.

"That’s been ongoing brutal guerrilla warfare for a long time, but yet they managed to find a way to negotiate and look past the animosity," he said.

Before Spring Conference, Rosa Brooks contributed an op-ed on why we should be wary of the wars of the future. Read it here.