Can There Be War Without Soldiers? 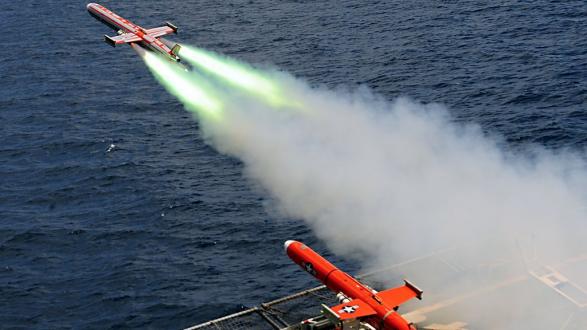 "What if they gave a war, and nobody came?" asked anti-war activists in the 1960s. The answer is: the war would carry on quite happily without us.

For most of human history, "the three indispensable ‘hardware’ elements of any war" have been "soldiers, weapons, and a battlefield," observed Qiao Liang and Wang Xiangsui in their 1999 book, "Unrestricted Warfare." But many of today’s conflicts don’t require soldiers — or, for that matter, weapons or battlefields. Tomorrow’s wars will require them still less.

The attacks on 9/11 taught us that you don’t need soldiers to launch a war. The al Qaeda operatives who destroyed the Twin Towers and part of the Pentagon weren’t part of any organized military force. They didn’t need "weapons" in any traditional sense, either: They hijacked four civilian planes using nothing more lethal than box cutters. And al Qaeda’s battlefield had no boundaries: It ranged from downtown Nairobi and Dar es Salaam to New York’s financial district.

The future of war may involve no soldiers, weapons, or battlefields at all. Think of "cyber war": If you want to wreak havoc on an enemy, all you need is a skilled coder, a half-decent computer, and a working internet connection. The more grandiose cyber-warriors may aim to sabotage the New York Stock Exchange or take down London’s electrical grid; the more modest may do just as much cumulative damage by hacking automotive computers, smart phones, and "smart homes."

Meanwhile, developments in robotics and artificial intelligence will render large groups of armed humans less and less important in warfare. Already, the United States is turning to robots and drones to accomplish tasks that just decades ago required humans. We use robots to disarm bombs and check for threats inside buildings; we use drones to monitor substantial swaths of territory, vacuum up electronic communications, and fire missiles at designated targets. Already, military robots and drones are getting smaller, stealthier, hardier, and smarter; within a decade or two (at most), the United States or some other state will develop robots, drones, or other weapons systems capable of operating autonomously in circumstances too challenging for humans to handle.

Advances in biological engineering are poised to further reduce the role of large armies and traditional weapons. As scientists develop a deeper understanding of the genetic markers that make some people more vulnerable to disease than others, doctors are developing personalized medicines: drugs, gene therapies, and other interventions that target specific genetic vulnerabilities. But it’s a two-way street. The same breakthroughs that enable personalized cures will also enable personalized afflictions. Picture a rogue scientist crafting a bio-engineered virus that disabled or killed only when it encountered a specific DNA signature — or the DNA signatures of all the close blood relatives of a political leader. Why bring an army to war when you can simply bring a scientist and a test tube?

Like cyberwarfare, bioweapons don’t need to kill to be effective. Imagine a bio-engineered virus able to degrade cognitive functioning in its targets, causing delusions or hallucinations — or a virus designed to cause sterility in a genetically-related ethnic population.

There’s no particular reason to kill your enemy when a bloodless defeat can be engineered through internet disruption, robotics, or biological manipulation – and the United States, like many other powerful states, is actively researching a range of other powerful non-lethal weapons. This research has already produced heat rays that cause disabling but purely transient pain; lasers that cause temporary blindness; radio-frequency devices capable of frying enemy electronics instantly; and a host of other technologies designed to control and coerce human beings without causing physical harm.

If future wars no longer require people or weapons, will they still be "wars"?

Carl von Clausewitz famously asserted that the purpose of war is the achievement of political ends: War is politics "by other means." But if war was always in the service of politics, war was not the same as politics: In Clausewitz’s view, war, unlike other forms of political competition, necessarily involved organized, large-scale violence. A game of poker or chess, however hotly contested, didn’t count as war, and neither did economic conflict. No blood? No war. Duels and brawls weren’t war, either: Though violent, they lacked the scale, intensity, organization, and political objectives of war.

In Clausewitz’s day, the notion of non-violent war was oxymoronic: Political power could rarely be maintained without the possession (and frequent use) of armies and weapons. Today, however, technological developments are making it possible for the powerful to achieve the political ends for which wars were once fought without resorting to violence.

In strictly Clausewitzean terms, perhaps the dream of Sixties anti-war activists is close to being realized: Perhaps war—all wars—will soon be over.

Granted, today violence remains a much-used tool of politics, particularly for the low-tech and unimaginative. If you don’t happen to have good hackers or scientists at your disposal, soldiers armed with conventional weapons are still pretty effective tools for beating enemies into political submission. From Syria to Congo, old-fashioned Clausewitzean warfare continues in many corners of the globe, and the corpses continue to pile up.

If future wars no longer require people or weapons, will they still be "wars"?

Overall, though, today’s wars are growing steadily less "warlike." Already, for instance, conflicts kill fewer people each year than the wars of earlier eras. This has been particularly true of wars involving powerful states such as the United States: Precision weapons and tight rules of engagement have made recent U.S. wars less bloody for enemy populations than previous American wars, while advances in medical care, body armor, and other protective technologies have greatly reduced casualties. Given the evolution of the internet, robotics, bioengineering, and a host of other technologies, the trend toward bloodless war seems likely to continue, as does the trend toward soldier-less, weaponless wars.

They keep on giving wars, but fewer and fewer people are showing up.

Interestingly, the rhetorical anti-war query of the 1960s, generally attributed to German poet and playwright Bertolt Brecht, turns out to have a questionable provenance. The phrase "What if they gave a war and nobody came?" seems in fact to be an odd amalgamation of a line from Brecht and another from the American poet Carl Sandburg. Brecht’s unfinished "Cantata for Koloman Wallisch" contains the line, "When the people are disarmed, war will come," while in Sandburg’s poem "The People, Yes" a little girl comments, "Sometime they’ll give a war and nobody will come." It was this pacifistic sentiment that found its way onto a thousand anti-war posters in the Sixties, but the rest of Brecht’s Cantata may be more relevant today.

In it, Brecht voices a warning rather than an optimistic hope:
…He who does not take part
In the battle will share in the defeat.
Even avoiding battle does not avoid battle.…

If we heed Brecht’s words, perhaps we shouldn’t be too quick to celebrate the end of war. Fewer piles of corpses is a good thing, but war’s diminishing brutality may also diminish political inhibitions, tempting the powerful to employ their bloodless new mechanisms for coercion and control more frequently and more indiscriminately, with fewer legal and political safeguards. The less bloody wars of the future may spread more insidiously and invisibly, enabling ever-more Orwellian forms of political control — and because they barely resemble traditional wars, they may be that much more difficult to discern and regulate.

Imagine a world of total control, in which everyone is monitored at all times, protesters are stopped in their tracks with non-lethal weapons, and even our bodies and brains can be altered and controlled by those in power. In such a world, fewer people would die in wars — but perhaps fewer would truly live.
____________________

Rosa Brooks is a senior fellow at the New America Foundation, a columnist for Foreign Policy, and a law professor at Georgetown University.

A version of this article previously appeared in Foreign Policy.