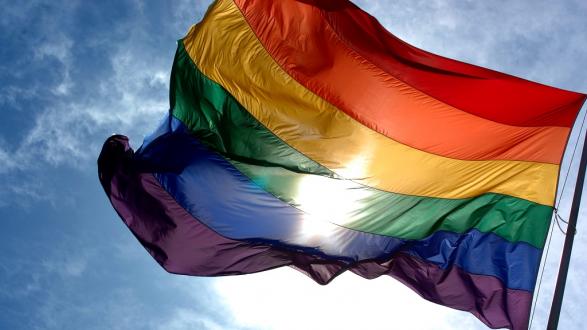 In recent decades, LGBTIQ communities across the globe have made enormous progress, increasing their visibility and demanding their rights. At the same time, LGBTIQ people on every continent continue to face violence, discrimination, and harassment. At least 68 countries have national laws criminalizing same-sex relations and at least nine have laws explicitly targeting transgender and non-conforming people.

Multinational companies have shown tremendous progress over the past two decades in advancing LGBTIQ inclusion, but that progress has not been evenly spread across geographies or industries. Multiple studies have shown the important implications LGBTIQ inclusive practices can have on a company’s bottom line. A 2017 Deloitte study found that 80 percent of respondents said inclusion is an important factor in choosing an employer, and 72 percent said they would leave a company if they found another that is more inclusive.

Not only are inclusive practices important for recruiting and retaining top talent, the global LGBTIQ purchasing power is estimated to be at least $3.6 trillion globally.

Not only are inclusive practices important for recruiting and retaining top talent, the global LGBTIQ purchasing power is estimated to be at least $3.6 trillion globally. LGBTIQ consumers notice when brands are leaders on LGBTIQ inclusion, but also fail to live up to their values.

The Pacific Council recently hosted a discussion at the Los Angeles LGBT Center focused on how companies that have made commitments to LGBTIQ inclusion in the United States can uphold those values everywhere they do work. Joining this discussion were Jessica Stern, executive director of OutRight Action International, Darrel Cummings, chief of staff at the Los Angeles LGBT Center, and Jake Laptur, a senior manager at Ernst & Young.

Over the course of the discussion and in work done by EY on promoting global inclusion, several reoccurring best practices emerged for companies with a global presence that seek to support LGBTIQ communities everywhere they do work.

Set a global policy, be consistent, and be vocal

Jake talked about the impact that inclusive messaging had on his ability to feel like he belonged at EY’s office in Moscow. He said that the company made it clear that “if you don’t bring your full self to work, you won’t be able to do your best work.”

Work with local partners who know what you don’t, and support local LGBTIQ communities

Being advocates on behalf of your LGBTIQ staff and customers is not easy and what that might mean looks differently country-to-country. Homosexuality is still criminalized in 73 countries around the world and multinational companies must grapple with how they can advance inclusiveness without risking their ability to operate or putting their own staff’s lives at risk.

Furthermore, conceptions of and vocabulary around sexual orientation, gender identity, and gender expression often vary from culture to culture. For this reason, establishing local partners who understand the cultural context is essential. In its work around the globe, OutRight Action International partners directly with local LGBTIQ organizations and advocates. These partners understand the challenges they face and they are better positioned to propose solutions. They know where the fault lines lie and how to navigate them. U.S.-based organizations like OutRight can be important resources in connecting multinationals with LGBTIQ partner organizations around the world.

Beyond creating an environment that attracts the best talent and empowers your employees to do their best work, companies can help create positive change in the communities in which they work.

Organizations in the Middle East and North Africa cumulatively received only $6.7 million. Companies should pay for the guidance they get from their local partners, but they can also provide additional support by opening up office spaces to gather and introducing them to their network of potential supporters.

Beyond creating an environment that attracts the best talent and empowers your employees to do their best work, companies can help create positive change in the communities in which they work. EY’s research found that “multinationals play an important role in promoting equality and a culture of respect in the workplace, and this extends to the communities where they operate.”

Large multinational companies regularly engage with government officials in the places in which they operate and are able to communicate the importance of promoting inclusion to attracting global business and top talent. In collaboration with local partners, companies can promote specific policy changes that will improve the lives of their staff and the local LGBTIQ community.

As more companies promote inclusion, the more those policies become an industry standard. The more companies speak up, the harder they are for governments to ignore.

Likewise, companies can be effective in encouraging other companies in their field to pursue similar LGBTIQ inclusive policies. As more companies promote inclusion, the more those policies become an industry standard. The more companies speak up, the harder they are for governments to ignore.

To be fair, this is hard work and global companies are not LGBTIQ activist or advocacy groups. Nevertheless, multinational companies retain significant resources and influence. When applied in the right ways, they can increase their attractiveness to talent, strengthen their brand, and hopefully improve the lives of LGBTIQ people in the communities where they work.

Thomas Zimmerman is the Director of Programs at the Pacific Council.