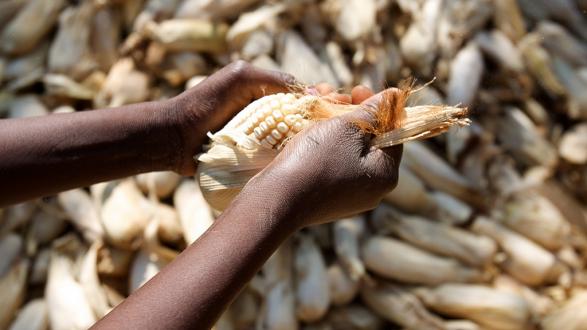 Nine billion. That’s the forecasted global population for the year 2050 – a growth of nearly 2 billion people from today. And with 800 million people already going to bed hungry each night, it is going to take a significant increase in food production to feed our growing world.

We must keep up this momentum. And on July 6, 2016, Congress passed critical bipartisan legislation to do just that.

The Global Food Security Act will help lift millions in the developing world out of poverty and hunger, building on existing programs to support agriculture development and promoting market-based agricultural reforms. U.S. global food security programs – in partnership with U.S. businesses and NGOs – provide a hand-up, not a hand-out, to struggling farmers around the world. With access to seeds, supplies and training, small-scale farmers are able to feed their families and strengthen their communities. Providing these necessary tools for food security promotes our American values, while building a thriving global economy and bolstering our national security.

Ninety-five percent of today’s consumers live outside of the U.S., and more than half of our exports now go to the developing world. When we invest in emerging markets through our civilian agencies like USAID and the Millennium Challenge Corporation, we increase stability, spur economic growth and create new avenues for Americans to do business abroad. Here in California, where annual exports reach over $287 billion in goods and services, investing in these markets only makes sense for our jobs and economic growth.

As a former secretary of commerce and ambassador, we know the value of robust investments in international development. When a family can grow their own food, they remain healthy and nourished, they can sell their crops at the local market, and the economy grows – sparking a global chain reaction that makes a difference for us here at home. And we’re seeing results. Through more than 2,200 public-private partnerships, farmers have boosted their agricultural sales by over half a billion dollars in just the last year.

The Global Food Security Act aims to strengthen and continue this progress: empowering families and farmers with tools, training and technology. On its passage, House Foreign Affairs Committee Chairman Ed Royce, R-Calif., said this act "advances policies that will improve food security, stimulate economic growth, and better enable people to grow their own way out of poverty."

Food security abroad also means national security here at home. High food prices and reduced access to food have led to unrest and political conflict everywhere from Madagascar to Haiti. Taking action against food insecurity is an essential step to creating a better world and a safer America. When communities can feed themselves and thrive on their own, the need for a costlier U.S. intervention is greatly reduced. Former Secretary of Defense Bob Gates put it best when he said, "development is a lot cheaper than sending soldiers."

As a Democrat and a Republican, we believe that Congress has demonstrated incredible global leadership through its bipartisan cooperation on the Global Food Security Act – legislation years in the making. We commend Congressman Royce, as his dedication to this legislation was a key catalyst for its passage. He has continuously provided leadership on efforts to strengthen America’s role abroad and deliver positive programs that lift communities out of poverty.

As President Obama said upon signing the legislation into law, "Development isn’t charity. It’s one of the smartest investments we can make in our shared future, in our security, in our prosperity." We look forward to seeing the effects of the Global Food Security Act in action.
___________________

The Honorable Robert H. Tuttle is Co-Chairman of the Pacific Council Board of Directors. He served as U.S. Ambassador to the United Kingdom (2005 to 2009) in the Bush administration.

The Honorable Mickey Kantor is a Pacific Council director. He served as U.S. Trade Representative (1993-1996) and Secretary of Commerce (1996-1997) in the Clinton administration.

A version of this article previously appeared in the Orange County Register.