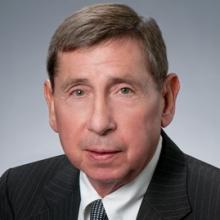 Mickey Kantor concentrates his practice on corporate and financial international transactions. He has extensive experience in market access issues, as well as the expansion of client activities in foreign markets through trade, direct investment, joint ventures, and strategic business alliances. Prior to joining Mayer Brown, Mickey was the United States Secretary of Commerce (1996-1997) and the United States Trade Representative (1993-1996). He has been called “arguably the finest trade negotiator in the world” (Chambers Global 2006) and is said to be “blessed with fantastic political insights and connections” (Chambers USA 2007). He was recently recognized in The International Who's Who of Business Lawyers - Trade & Customs 2009. Among the many awards and honors he has received are the following: the Civic Medal of Honor by the Los Angeles Area Chamber of Commerce, the Order of the Southern Cross Award by The Government of Brazil, 2001, the William O. Douglas Award by the Constitutional Rights Foundation, the Thomas Jefferson Distinguished Public Service Medal from the Center for the Study of the Presidency, the Albert Schweitzer Leadership Award from the Hugh O'Brien Youth Foundation, and Elihu Root Distinguished Lecturer, Council on Foreign Relations.