The Future of Media and the LA Times at PolicyWest 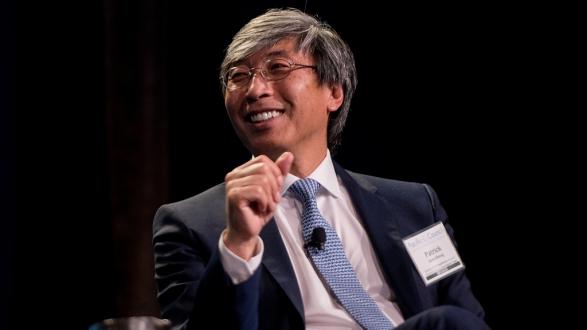 Watch the discussion and read a brief summary below:

On Oct. 12, the Pacific Council featured philanthropist and new owner of the Los Angeles Times, Dr. Patrick Soon-Shiong, as the keynote speaker during PolicyWest. Dr. Soon-Shiong shared his vision for the newspaper and the future of media during a discussion moderated by journalist, author, and Pacific Council member, Jessica Yellin.

Dr. Soon-Shiong shared his experiences growing up in South Africa where he developed a passion for newspapers, which were his only source of news information in a country without television until he was 19 years old. Dr. Soon-Shiong pointed to his “passion for curiosity” as the reason behind his success and interest in the news media.

Discussing his experiences as an immigrant, a doctor, and an enthusiast for invention and theoretical explorations, Dr. Soon-Shiong explained his vision for the future of the Los Angeles Times, including hiring the most skilled journalists and modifying the model of the paper to fit the interests of the readers first, not those of the advertisers. He highlighted the need to ask the question: "What engages the audience?"

Dr. Soon-Shiong has plans to expand the Los Angeles Times to other regions in the world, specifically Asia, and to increase news engagement through the creation of other sustainable news platforms. His announcement of the launch of a brand new Los Angeles Times television network titled, “LA Times Today,” is an example of the paper’s vision to expand its reach.

When discussing the current climate of “fake news,” Dr. Soon-Shiong stressed the importance of integrity, and the obligation of news agencies to share factual information. He also discussed the need to “differentiate facts from opinion” in order to gain trust from readership.

Ms. Yellin asked where the Los Angeles Times stands with the changing media landscape and reliance on social media technologies for news. Will it continue to print or begin to shift into online engagement only?

“If there’s only one newspaper left printing, it’s going to be us.”

The views and opinions expressed here are those of the speaker and do not necessarily relfect the official policy or position of the Pacific Council.