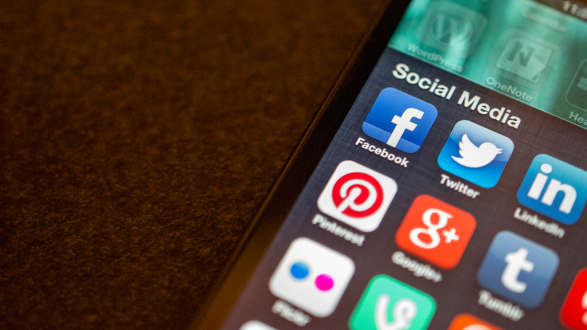 On April 15, the European Council gave final approval to a new copyright law for the 28 member states of the EU. Brussels might seem very far away, but the changes in European copyright laws will be felt in Southern California — in our established entertainment industry, among the start-ups of Silicon Beach, and perhaps even by the Los Angeles Times.

The EU’s Digital Single Market Directive lays out a comprehensive revision of copyright law in Europe. It offers new exceptions and limitations to copyright and provides a framework for data mining, which is critical to “big data” and much of AI research. The directive also provides some new protections for authors, artists and other creators. For example, there will now be an obligatory “contract adjustment mechanism” to protect authors when their works become bestsellers and they’ve been paid too little.

Every element has been debated, refined and fought over, but two parts of the law in particular — Article 15 and Article 17 — have generated the most controversy.

Article 15 requires internet news aggregators like Google News to pay for excerpts of news stories shown online, anything other than “very short extracts.” Whether such payments can meaningfully improve the finances of newspapers remains to be seen, but if you believe serious journalism undergirds democratic societies, it’s a laudable effort, even though the aggregators protested.

With the directive in place, copyright owners, and companies that sell filtering technology, will gain at the expense of a few tech giants.

These platforms have flourished behind laws that shield them from financial liability for hosting materials that infringe copyright. In 1998, the United States passed its Digital Millennium Copyright Act, which established the first safe harbors to protect what were then mostly passive web storage services. The EU followed suit with its 2000 E-Commerce Directive, creating very similar protections in Europe. China, Japan, Australia, Singapore and many other jurisdictions soon did the same thing, often after prodding by the U.S.

But since the turn of the century, “web hosts” Facebook and YouTube have gone far beyond storage, creating very public, advertising-based “social media” business models that depend on free input provided by users. Much of that “user generated” content is only user uploaded. It is actually copyrighted content that belongs to someone else.

For California’s titan industries — entertainment and high tech — markets are global and what happens in Europe matters.

The safe harbor system does have some rules in place to deal with copyright. It provides that YouTube, for example, must take down unauthorized uploads when copyright owners send notices, but songs and videos reappear as quickly as they are taken down. YouTube also offers an alternative, a system called Content ID that can detect an Arcade Fire song or a “Simpsons” episode and give the copyright owner some ad revenue instead of removing the track or video. Sounds good, right?

It is, but YouTube still has enormous leverage. If reports are true, YouTube basically tells copyright holders to license their material (uploaded by users) to YouTube at the offered rate or be prepared to send an unending stream of take-down notices, with no hope of being able to stop the copyright piracy itself. As the past president of the Recording Industry Assn. of America described the negotiations: “That’s like saying, ‘That’s a real nice song you got there. Be a shame if anything happened to it.’ ”

This negotiating leverage has allowed YouTube to pay anywhere from one-seventh to one-tenth what Spotify pays copyright owners for a music stream, simply because Spotify gets permission in advance while YouTube waits until its users upload other people’s songs.

Just as the U.S. digital copyright law inspired Europe to adopt safe harbors for online companies in the earliest days of the internet, Europe’s new copyright law may inspire Washington to rethink how and how much creative professionals are paid in a vastly different and richer digital economy.

Although it will take two years to implement, the new EU directive will end all that. It says that for the more than 500 million citizens of the European Union, YouTube and Facebook will be treated like Spotify, Apple Music, Hulu, Netflix or any traditional broadcaster. In other words, they must either license the copyrighted works that appear on their sites in European markets or face the full liability of infringement.

Much of the battle of Article 17 was pitched as a struggle about free speech, with the European Commission accused of censorship, advocating a “meme ban,” discouraging innovation and “breaking the internet.” The truth is more complex. The new rule may suppress some kinds of innovation, but it will spur other advances. And the real issue was euros and cents, not memes and free expression. With the directive in place, copyright owners, and companies that sell filtering technology, will gain at the expense of a few tech giants.

For California’s titan industries — entertainment and high tech — markets are global and what happens in Europe matters. But just as the U.S. digital copyright law inspired Europe to adopt safe harbors for online companies in the earliest days of the internet, Europe’s new copyright law may inspire Washington to rethink how and how much creative professionals are paid in a vastly different and richer digital economy.

Justin Hughes is a Pacific Council member and a professor at Loyola Law School in Los Angeles. He negotiated trade treaties for the Obama administration, and helped craft the Digital Millennium Copyright Act in the Clinton administration.

This article was originally published by the Los Angeles Times.