Do Indians Have Freedom of Speech?

There are also several sections of the penal code that criminalize certain speech. Section 153A, for example, criminalizes "promoting enmity between different groups on grounds of religion, race, place of birth, residence, language, etc., and doing acts prejudicial to maintenance of harmony by words, either spoken or written, or by signs or by visible representations or otherwise." Section 292 criminalizes obscenity. Section 295A criminalizes "deliberate and malicious acts intended to outrage religious feelings of any class" of citizens. Section 298 criminalizes "uttering any word or making any sound" with "the deliberate intention of wounding the religious feelings of any person."

The Indian government has used these laws to ban books, such as Salman Rushdie’s novel The Satanic Verses, and movies, such as India’s Daughter, a 2015 documentary film made by Leslee Udwin for the BBC on the 2012 gang rape of a Delhi college student. In 2014, RSS member and self- appointed cultural vigilante Dina Nath Batra forced Penguin India to withdraw University of Chicago scholar Wendy Doniger’s book The Hindus: An Alternative History, and to agree to pulp all copies in its possession, by bringing a series of civil and criminal actions against the book on the basis that it violated Section 295a.

Charges of sedition have recently multiplied in India as a way to curb free speech and to intimidate government critics.

Then there is sedition. In an effort to quash rebellion, the British made sedition a crime in India in 1860. And so it remains. Section 124 of the Indian Penal Code states: "Whoever, by words, either spoken or written, or by signs, or by visible representation, or otherwise, brings or attempts to bring into hatred or contempt, or excites or attempts to excite disaffection towards the Government established by law in India shall be punished with imprisonment for life." India’s Supreme Court has limited sedition to speech that is "incitement to imminent lawless action." Few have been convicted of sedition, but it suffices to bring the charge against someone to unleash a legal process that can take years before the individual is, as is usually the case, acquitted.

Charges of sedition have recently multiplied in India as a way to curb free speech and to intimidate government critics. India’s Crime Records Bureau recorded 47 cases of alleged sedition in nine Indian states in 2014. A folk singer, students cheering at a cricket game, and the author Arundhati Roy are just some who have been charged with sedition. In February 2016, Kanhaiya Kumar, the leader of the student union of Jawaharlal Nehru University, was charged with sedition under politicized circumstances we will discuss in the next section. The case kicked up a media storm and attracted worldwide attention. India’s Supreme Court ordered Kumar released on bail.

Censorship also comes in the form of physical intimidation. In January 2015, celebrated Tamil author Perumal Murugan posted on his Facebook page: "Perumal Murugan, the writer, is dead." Murugan declared literary suicide after being hounded by local chapters of right-wing Hindu groups affiliated with the BJP and the RSS that found passages in his novel One Part Woman offensive. After copies of his book were burnt by an angry mob and he’d received threatening phone calls, Murugan met with local authorities and agreed to apologize and withdraw copies of his book from sale.

Powerful Indian corporations, which do not hesitate to sue authors, journalists, or activists for defamation, backed up with claims for damages no author, publishing house, newspaper, or nonprofit group can afford to pay.

In July 2016, the Madras High Court delivered a decision in defense of the author and of free speech in general. Chief Justice Sanjay Kaul wrote in the court’s decision: "One of the most cherished rights under our Constitution is to speak one’s mind and write what one thinks." He told the book’s detractors: "If you do not like the book, throw it away." It was a stinging rebuke to self-appointed censors of the Hindu right.

The charge of defamation is also used to silence free speech. Sections 499 and 500 of the Indian Penal Code criminalize defamation in terms so broad anyone can claim to be aggrieved by something said or written about them. This includes powerful Indian corporations, which do not hesitate to sue authors, journalists, or activists for defamation, backed up with claims for damages no author, publishing house, newspaper, or nonprofit group can afford to pay. In addition to the threat of colossal punitive damages, filing a defamation suit against someone is a sure way to tie the person up with legal fees and court proceedings, potentially for years.

According to the Index on Censorship, in 2014, seven legal notices of defamation were served in India: five to media companies, including publishing houses; one to a marketing federation; and one to journalists Subir Ghosh, 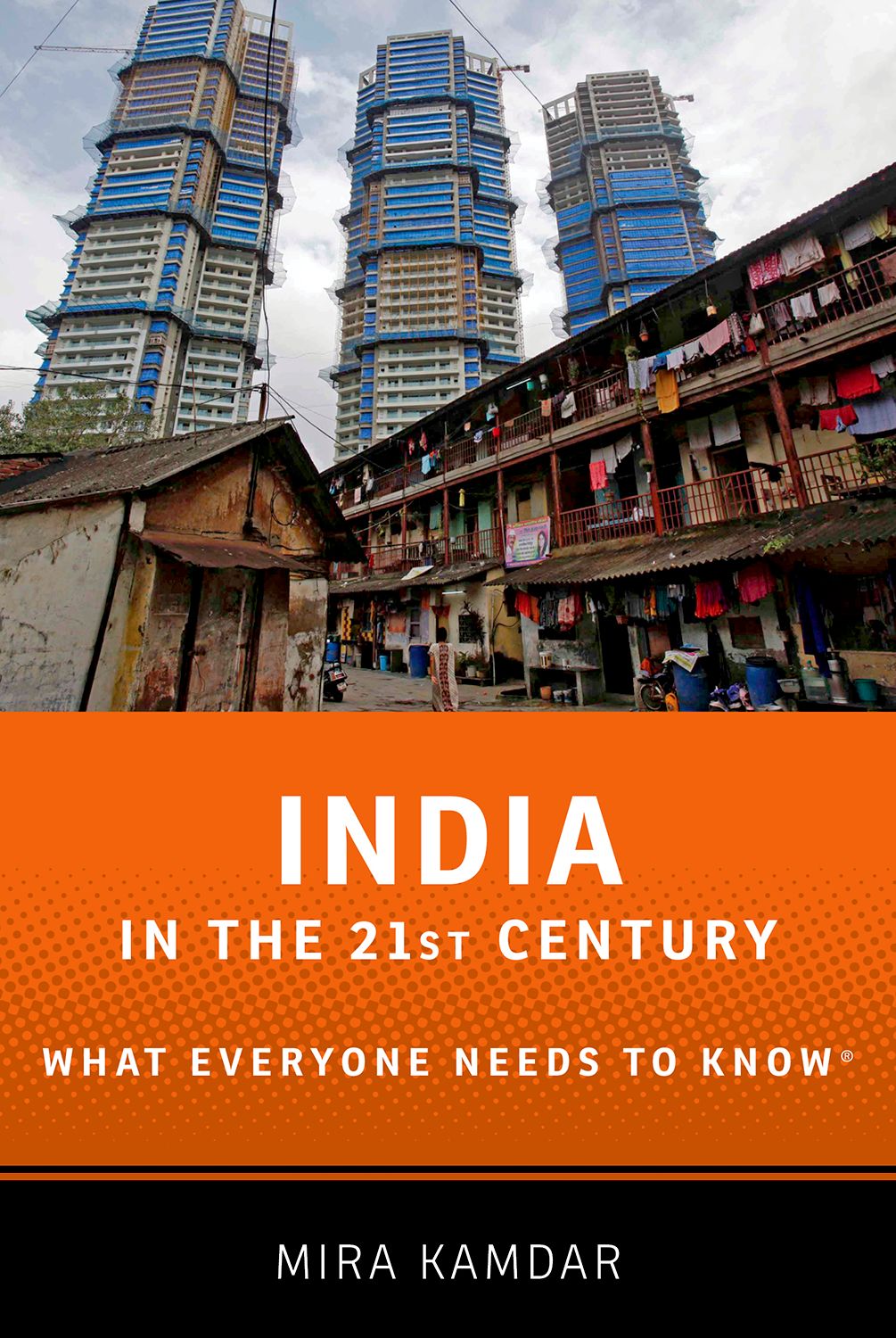 Paranjoy Guha Thakurta, and Jyotirmoy Chaudhuri for a book on Reliance Industries Ltd., India’s biggest corporation, run by Mukesh Ambani. Reliance sought 1 billion Indian rupees, or about $16,400,000, in damages. Environmental journalist Keya Acharya was slapped with a defamation suit by industrialist Sai Rama Krishna Karaturi, of Karaturi Global Ltd., also demanding a billion rupees in damages. The same year the Sahara Media Group dropped a defamation case asking for 2 billion rupees in damages against journalist Tamal Bandophadhyay for his book Sahara: The Untold Story after the author agreed to include a disclaimer by the company in his book.

What about freedom of the press in India?

India’s media has become increasingly concentrated in the hands of powerful, family-owned corporations. High-profile journalists whose views do not toe the new line have been pushed out or quit their jobs. Self-censorship by journalists is a growing problem. Those who do speak out regularly face harassment and threats. Reporters Without Borders ranked India in 133rd place out of 180 countries in its 2016 World Press Freedom Index.

India has become a dangerous place to be a journalist. The Committee to Protect Journalists (CPJ) sounded the alarm in February 2016 after two journalists, one working for the BBC, were forced to flee the Indian state of Chhattisgarh after threats to their lives, and lawyers for imprisoned journalists were evicted from their offices. Chhattisgarh is in the grip of a violent confrontation between security forces, mafia gangs, and Maoist insurgents, and journalists trying to report on what is going on find themselves targeted on all fronts. CPJ said it had documented a pattern of police in Chhattisgarh harassing, abusing, and threatening journalists to silence their reporting, while Maoists had attacked journalists they accused of being police informants.

Reporters Without Borders documented nine journalists killed in India in 2015, five while doing their job.

And then there are the journalists who are killed for doing their job. Reporters Without Borders documented nine journalists killed in India in 2015, five while doing their job. "Their deaths confirm India’s position as Asia’s deadliest country for media personnel, ahead of both Pakistan and Afghanistan." In May 2017, two journalists were shot dead in eastern India in a single 24-hour period. Shock waves rippled through India’s press in August 2017 when senior journalist Gauri Lankesh was shot dead in front of her home in Bengaluru by a gunman who sped away on a motorcycle. Defiant in her critical reporting on the Hindu right, her death eerily recalled the murder in 2014, previously mentioned, of rationalist Malleshappa Kalburgi.

From India in the 21st Century: What Everyone Needs to Know by Mira Kamdar. Copyright © 2018 by OUP and published by Oxford University Press. All rights reserved.

A former Paris-based editorial board member of The New York Times, Mira Kamdar is a Pacific Council member and an award-winning author. This is her third book on India.