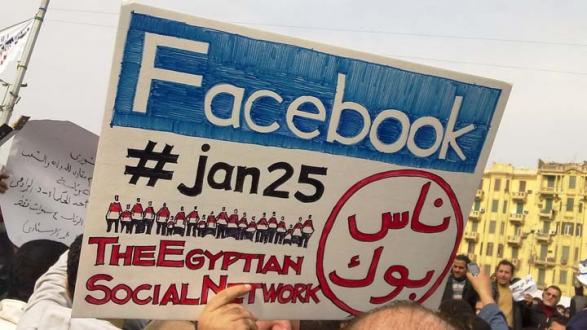 Four years ago, in the months following the Arab Spring, hopes ran high that the growing use of social media would bring a flowering of democracy throughout the world. Facebook and Twitter had helped dissidents drive tyrants from power in Tunisia, Egypt, and Libya. In established democracies, citizens' groups – most notably, the Tea Party in the United States – were influencing politics by leveraging social media. Indeed, a Forbes cover story on the power of social media concluded that "the world is becoming more democratic and reflective of the will of ordinary people."

Sadly, such optimism proved ill-founded. Now, in 2015, popular government seems to be receding globally. With the exception of Tunisia, the Arab Spring did not transform dictatorships into democracies, and democratic governments seem unable to reach consensus on pressing policy questions. What happened? Why haven't social media made the world more democratic?

In seeking an answer, we can begin with the nature of democracy itself. Because a country's citizens have competing interests and values, their effective self-governance through elections of leaders and other democratic processes requires deliberation. It requires that the citizens and their representatives discuss and debate what government should or should not do, defending their views by appealing to shared principles and purposes. As one scholar, Daniel Gayo-Avello, recently observed, "Deliberation is crucial in modern democracy... Proper democratic deliberation assumes that citizens are equal participants, opposing viewpoints are not only accepted but encouraged, and that the main goal is to achieve 'rationally motivated consensus.'" Political philosophers Amy Gutmann and Dennis Thompson, in their influential Democracy and Disagreement, point out that "the demand for deliberation has been a familiar theme in the American constitutional tradition. It is integral to the ideal of republican government as the founders understood it. James Madison judged the design of political institutions in part by how well they furthered deliberation."

What power do social media confer? Who possesses the power? How do they use it?

To be sure, "deliberative democracy" is an ideal to which existing democratic systems only roughly approximate. Nevertheless, the concept provides a plausible standard for evaluating democracies. It reminds us that the health of a democracy depends in large part on its fostering deliberation that leads to policies whose legitimacy most citizens accept. The impact of social media on democratic deliberation may help explain why they have not brought about a new global era of democracy.

The issue here is the political power of social media, and it entails three key questions: What power do they confer? Who possesses that power? How do those who have the power use it?

Third, as for how the political power of social media is wielded by those who possess them, recent history gives us some salient examples:

In all these cases, social media were - or are - used as political weapons. Of course, I am not implying moral equivalence in these examples. My point is that the political power of social media has been used most effectively in adversarial contexts - in circumstances of struggle or competition. In those cases, the regime, organization, or group holding the power uses it against individuals, groups, or institutions whose interests or goals conflict with theirs. Consequently, whether they are revolutionaries, totalitarian governments, candidates for office, or special interests, political partisans using social media as tactical weapons are not concerned about deliberation.

Current use of social media favors affinity over engagement, expression over debate, silence over disagreement, dogmatism over compromise, and - toward opponents - disdain over respect.

Who, then, cares about promoting democratic deliberation? It is citizens and leaders who understand that democratic processes necessitate deliberative disagreement and, in the legislative process, negotiation and compromise. However, when these advocates of democracy look to social media to establish and strengthen democratic processes, they encounter a basic problem: social media appear unsuited to serve as forums of political deliberation. Research into online behavior suggests several reasons:

To these I would add some intuitions of mine:

In short, with regard to political discussion, current use of social media favors affinity over engagement, expression over debate, silence over disagreement, dogmatism over compromise, and - toward opponents - disdain over respect. This, I believe, is largely why we have so far been unable to move beyond the use of social media as political weapons to make them instruments of deliberative democracy.

Professor Radcliffe composed this essay based on his comments at the Pacific Council’s Members Weekend 2015.

A version of this essay was published in the Huffington Post.