The Case for a Climate Alliance Treaty Organization 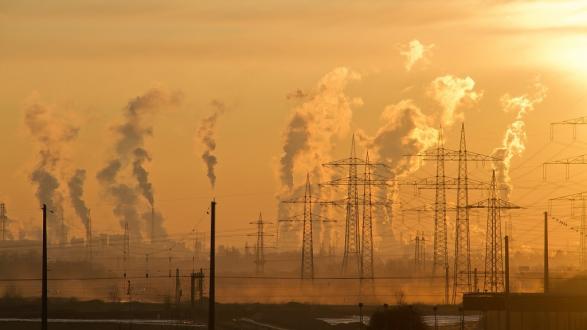 The epic heat wave that Europe endures this summer should serve as a wake-up call for its leaders to rethink climate change as a national security issue, as it has proved to affect domestic stability, leading to wildfires and deaths of its citizens.

If the Cold War led to the formation of the North Atlantic Treaty Organization (NATO), this Hot War should encourage NATO to reinvent itself as a “Climate Alliance Treaty Organization” (CATO), doubling down on its existing efforts to mitigate the effects of climate change.

NATO and its southern flank

In a previous article, I wrote how the 2018 NATO Summit revealed how the alliance is fixated on relations and threats on national terms, maintaining bilateral ties between the United States and Germany or countering the threat of Russia to member states such as Estonia, Latvia, and Lithuania.

On NATO’s southern flank, groups like Daesh demonstrated that security issues do not just involve nation-state actors but violent non-state actors and terrorist groups. Turkey, as a member of the organization, has been the one most affected by the chaos and vicissitudes caused by this organization in Iraq and Syria.

I argued then that non-state actors like Daesh should have compelled a NATO rethink of transnational threats, particularly on its southern flank. Climate change poses a similar risk.

If the Cold War led to the formation of the North Atlantic Treaty Organization (NATO), this Hot War should encourage NATO to reinvent itself as a “Climate Alliance Treaty Organization” (CATO), doubling down on its existing efforts to mitigate the effects of climate change.

Fluctuations in weather will have a particular impact on the Mediterranean basin, increasing the possibility of future refugee flows via North Africa and the Middle East via Europe, if not dislocations from southern Europe itself.

Turkey, like during the Syrian civil war, will bear the burden of these displaced peoples. While both Syria and Iraq will hopefully recover from its civil conflicts, their challenge will only be compounded by climate change, leading to droughts, threatening access to water supplies, resulting in crop failures, and increased desertification.

NATO members, primarily the United States, have been distracted by divisions within the alliance, exemplified by Turkey’s decision to purchase the S-400 missile system. These weapon systems are designed to serve as a means of deterrence. If deterrence is successful, ideally these weapons will never be used. They are weapons designed to allay threat perceptions, or how nations anticipate threats from other countries. The deterred nation develops the same security calculus, leading to the perennial security dilemma in international politics.

Climate change, however, is a phenomenon that has manifested itself as a clear and present danger.

NATO has developed an internal policy infrastructure to deal with the threat, such as the Science for Peace and Security initiative that fosters dialogue on scientific re¬search and innovation on climate science.

The future of NATO assuming the role of a “CATO” will hinge on its Euro-Atlantic Disaster Response Coordination Centre (EADRCC). A successful precedent was set in May 2014, when the government of Bosnia and Herzegovina requested NATO to provide aid in the aftermath of the worst torrential floods in its recorded history.

Under a Trump administration skeptical of NATO, the U.S. military is unlikely to adhere to such a framework. Under a new U.S. presidential administration in 2020, such initiatives may gather momentum.

NATO troops offered humanitarian aid and critical supplies, providing crucial assistance in mitigating the natural disaster. The question remains as to whether NATO can expand this role in future crises, and could NATO develop a doctrine to offer this assistance beyond Europe to the greater Mediterranean.

NATO has also adopted a Green Defense framework which encourages the militaries of its members to explore renewable energies instead of fossil fuels to reduce emissions. This initiative is significant given that the U.S. military, according to a June 2019 study, produces more pollutants than 100 countries combined.

Under a Trump administration skeptical of NATO, the U.S. military is unlikely to adhere to such a framework. Under a new U.S. presidential administration in 2020, such initiatives may gather momentum.

During the 2018 NATO Summit, Trump insisted that members must meet the 2 percent of GDP spending requirement scheduled for 2024. Even if the members meet the 2 percent threshold, the funding, from a global normative perspective, should be invested in climate change strategies.

A new U.S. administration in 2020 would be in a position to encourage such a shift. Democratic presidential candidates have articulated the need to address climate change as a security issue.

One of the candidates, Jay Inslee, governor of the state of Washington, formed the United States Climate Alliance with New York Governor Andrew Cuomo and California Governor Jerry Brown, to lead a group of U.S. states to mitigate climate change in the wake of Trump’s withdrawal from the Paris Accord.

The formation of a CATO in the Middle East is even more imperative, as existing regional organizations, such as the Arab League, exclude Iran, Turkey, and Israel, all states that have and will be affected by climate change.

Their choice of the word “alliance” is a rhetorical reminder that it behooves the NATO alliance to focus its efforts on climate change, as such a problem will not be solved by one nation-state alone, but rather a coalition of states working in tandem with international NGOs, as well as local civil society networks.

In Bernie Sanders’ June 2019 article for Foreign Affairs, he writes: “Climate change is a clear example of an issue on which American leadership can make a difference—and from which our endless entanglements in the Middle East have diverted crucial resources and attention.”

American military entanglements in the Middle East, including further escalating tensions with Iran, have not only diverted attention from climate change but has also divided the region between pro and anti-Iran camps.

The military infrastructures of the NATO member states have the capacity to deal with climate change. What they lack is the political will.

The Middle East is going through its own cold war between Iran and Saudi Arabia, and a hot war there, in terms of rising temperature, would particularly threaten the region. The formation of a CATO in this region is even more imperative, as existing regional organizations, such as the Arab League, exclude Iran, Turkey, and Israel, all states that have and will be affected by climate change, and which the Arab states will need to cooperate with for managing water resources.

The temperatures in this heat wave have exceeded the 2003 waves. The amount of loss from this 2019 heat wave is still unknown. Daesh terrorist acts in Europe, while resulting in fewer but nevertheless tragic deaths, led to the mobilization of European security agencies and alliances, including NATO.

As of yet, climate security initiatives are not yet fully incorporated in NATO’s strategic planning. The military infrastructures of the NATO member states have the capacity to deal with climate change. What they lack is the political will.