Branding the Land of Ice and Fire 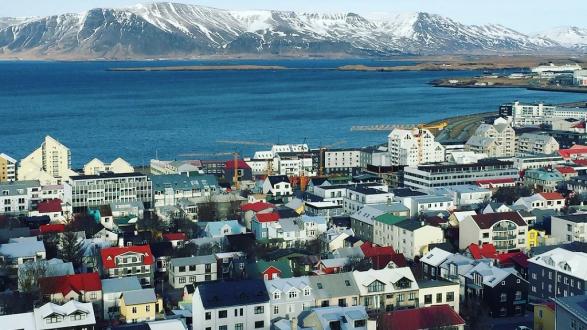 With its picturesque waterfalls, moss-covered lava rocks, bubbling geothermal hot springs, enormous blue glaciers, adventurous spirit, and of course the spectacular Northern Lights, one would think that the small Nordic island country of Iceland doesn’t need much help attracting visitors. But it is clear that Iceland’s government and NGOs have done quite a bit of strategic thinking about how to brand their special corner of the globe.

Part of that has been out of necessity and survival—the country was hit particularly hard during the 2008 financial crash, when the value of its currency crumbled. In April 2010, however, when the Eyjafjallajökull volcanic eruption scattered fine ash across northern Europe and grounded air travel on both sides of the Atlantic for a week, conditions were ripe for a revival.

"It was a perfect storm," said Kristjan Guy Burgess, chief political advisor to former Icelandic Foreign Affairs Minister Ossur Skarphéðinsson, president of the Social Democrats, and founder and CEO of Global Center Iceland. "Iceland was in the news at a time when it was very cheap and interesting to come here. So we invested in a campaign to promote and encourage tourism."

Suddenly, Iceland was on everyone’s mind, and the exchange rate was low. Iceland jumped at the chance to take advantage of this newfound situation. Since then, tourism has grown every year. In a country of just 340,000 people, about 1.7 million tourists visited in 2016, 2.1 million in 2017, and even more are expected in 2018. Tourism has indeed turned Iceland’s economy around. It is now the country’s main industry, surpassing even its fishing industry.

Iceland has worked hard at "place branding," essentially marketing their identity to the world. Promote Iceland, a public-private partnership, came up with the country’s current motto, "Inspired by Iceland," which followed less focused slogans such as "On the Edge" and "Closer Than You Think." According to Inga Hlín Pálsdóttir, director of Promote Iceland, for a long time they only used photos of nature without any people in them, until they realized that that made it look like no one lived in Iceland. They are currently pushing hard for tourists to visit the entire island, rather than just the famous Golden Circle and South Coast attractions.

Iceland’s image on the world stage will be further enhanced this summer when its national soccer team participates in the World Cup in Russia. Iceland made history as the smallest country to qualify for the global soccer tournament. 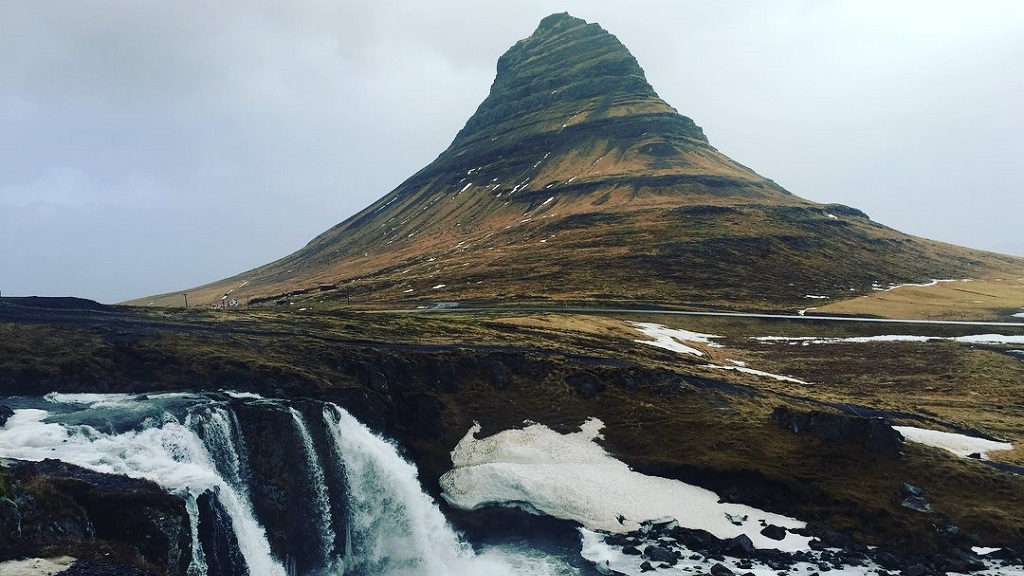 There are still challenges, however. Many of the country’s frequently traveled roads are unpaved and dangerous. There is a noticeable lack of toilets and parking at some of the country’s most visited attractions. Infrastructure in general around the island must be improved to keep up with demand and use.

Beyond just attracting more and more people, however, Iceland’s government and NGOs are particularly concerned about cultivating responsible, sustainable tourism. Promote Iceland developed a pledge for tourists to take online that includes such promises as not going to the bathroom in nature, not putting one’s life in danger, and not sleeping outside designated campgrounds.

They’re not too worried about "too much tourism." After all, there are natural deterrents, such as a finite amount of hotel rooms and airlines and the fact that everything is expensive in Iceland.

"I’d like to see 10-15 percent growth in the tourism industry this year, followed by slower growth after that," said Pálsdóttir.

Icelanders have financial stability—with unemployment at less than 3 percent—but are now yearning for political stability. There have been five prime ministers in the past five years.

Officials at Visit Reykjavik, a similar organization that focuses on promoting the neighborhoods in and around Iceland’s capital city, work with Promote Iceland and agree that tourism helped turn their economy around. According to surveys they have conducted, a vast majority of Icelanders favor the growing tourism industry and have positive experiences with tourists. Visit Reykjavik also focuses on hosting cultural programs to strengthen relationships between Icelanders and visiting foreigners.

Pálsdóttir added that Iceland’s recent political turmoil has made Promote Iceland’s job that much more difficult, as well. There have been five prime ministers in the past five years. In 2016, Prime Minister Sigmundur Davíð Gunnlaugsson had to resign after the Panama Papers revealed that his family held bank accounts in offshore tax havens. Last year, Prime Minister Bjarni Benediktsson also had to resign and call for new elections when it was revealed that he tried to conceal the fact that his father wrote a letter of support to rehabilitate a convicted pedophile.

María Mjöll Jónsdóttir, director of information and analysis in the Office of the Permanent Secretary of State in Iceland’s Ministry for Foreign Affairs, said Icelanders have financial stability—with unemployment at less than 3 percent—but are now yearning for political stability.

The current prime minister, Katrín Jakobsdóttir, of the Left Green Party, is only the second woman to hold the office. (Iceland is a leader in equal rights for women and the LGBTQ community. Last year, Iceland became the first country in the world whose parliament, Alþingi, passed a law mandating equal pay for women.) The Left Greens have had to form an uneasy alliance with the conservative Independence Party and the centrist Progressive Party. So what do they agree on?

"They all want Iceland to stay out of the EU, and they want to maintain the financial status quo," Burgess said.

Iceland submitted an application to join the EU in 2009, but many Icelanders did not support it because they feared EU regulations of their fisheries, so it didn’t go through. Iceland is closely watching the ongoing Brexit negotiations, because both the UK and the EU are major trading partners and because it is a member of the European Economic Area (EEA).

Burgess added that he believes Iceland can serve as a good example for the world in a number of ways. For example, when he served as chief political advisor to former Foreign Affairs Minister Ossur Skarphéðinsson, he championed a program with the World Bank to train east African governments how to harness their volcanic and geothermal energy. Iceland runs almost entirely on renewable, geothermal energy.

"It just goes to show how even a small country like Iceland can wield significant influence," said Burgess. "Iceland can be a laboratory for solutions to global problems."

It is also one of the world’s most water resource-rich countries, thanks to its glaciers. However, due to climate change, those glaciers are expected to melt in the coming years, which will cause sea levels to rise.

"Iceland is lucky compared to other countries when it comes to water resources," said Burgess. "Unfortunately, it’s not cheap to export water, or easy to find markets. Meanwhile, ‘water wars’ are being exacerbated by climate change."

When it comes to conflict and security in the Arctic, Iceland is still very much involved in regional dialogues even though it does not have an army.

When it comes to conflict and security in the Arctic, Iceland is still very much involved in regional dialogues even though it does not have an army—although it is a member of NATO. (In 2006, then-U.S. Defense Secretary Donald Rumsfeld closed down the large WWII-era U.S. Air Force base in Iceland.) In 2019, Iceland will take over as chair of the Arctic Council and will focus on sustainability in all areas, as well as the UN’s Sustainable Development Goals and the Paris Climate Accord. Many interested nations—especially China—are watching the Arctic closely as ice melts and new shipping routes become available.

Iceland will also nominate the next executive director of the World Bank for the 2019-21 term, and will co-chair with Ireland the global disarmament agency, Missile Technology Control Regime. It is also preparing its candidacy for the UNESCO executive board.

Gender equality remains one of Iceland’s top foreign policy priorities. Jónsdóttir said it is a cross-cutting theme, prioritized in areas such as development, security, trade, and immigration. Iceland has led the World Economic Forum’s Global Gender Gap index for nine years in a row.

Other nations would be wise to learn from Iceland's examples, both positive (renewable energy, women's rights) and negative (political division and turmoil), and to keep an eye on its next moves on the world stage.