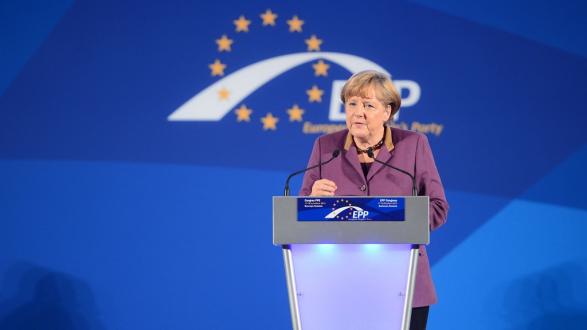 Read a summary of this teleconference here.

The fifth and final installment of the Pacific Council’s Summer Teleconference Series, on Germany’s upcoming federal election and its significance for the European Union.

With federal elections taking place this Sunday in Germany, Chancellor Angela Merkel is facing pressure on an issue on which she had long seemed invulnerable: the stability of the European Union. In the wake of refugee policies that have turned nearly half of her country against her, Merkel finds herself against a formidable opponent in newly minted Social Democratic Party leader Martin Schulz. Regardless of who emerges the victor on Sunday, the next German chancellor will face an increasingly stronger euro-skeptic movement that is sweeping the continent. Germany’s effective leadership in the EU will likely play a deciding factor in the future viability of the European project.

Does the election of Emmanuel Macron in France signal electoral safety for Merkel? What would the future of the EU look like without Merkel?

Heather Conley previously served as deputy assistant secretary of state in the Bureau for European and Eurasian Affairs with responsibilities for U.S. bilateral relations with the countries of northern and central Europe. Read more.

Constanze Stelzenmüller is an expert on German, European, and transatlantic foreign and security policy and strategy. Prior to working at Brookings, she was a senior transatlantic fellow with the German Marshall Fund of the United States. Read more.

Ambassador John B. Emerson served on President Obama’s Advisory Committee for Trade Policy and Negotiations. Previously, he served as President of Capital Group Private Client Services from 1997 to July 2013, and on President Clinton’s senior staff from 1993-1997. Read more.