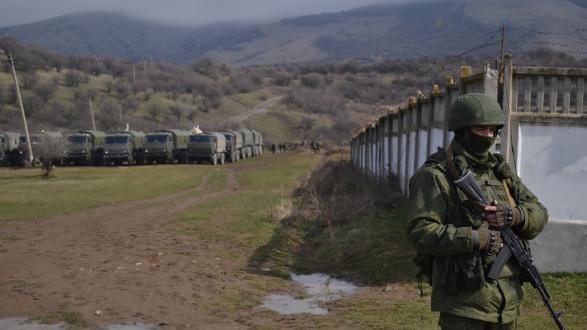 The fourth installment in the 2019 Summer Teleconference Series on territorial disputes, featuring Crimea.

In 2014, Russia essentially annexed the Crimean peninsula away from Ukraine, reigniting a feud between Russia and the West.

How have Putin’s popularity and policies in Russia been affected by the annexation of Crimea? How will Ukraine’s new President Volodymyr Zelensky navigate Russia’s continued control of the region? What is the state of human rights in the region, particularly for Crimean Tatars, who have been subject to ongoing persecution and discrimination?

Sarah Bidgood is director of the Eurasia Nonproliferation Program at the James Martin Center for Nonproliferation Studies in Monterey, CA. Her research focuses on U.S.-Soviet and U.S.-Russia nonproliferation cooperation, and she is the co-editor of the book Once and Future Partners: The United States, Russia, and Nuclear Non-Proliferation. Read more.

Katie Stallard-Blanchette is a Fellow at the Wilson Center in Washington, D.C., working on a book about the political use of wartime history in contemporary Russia, China, and North Korea. She was previously based in Russia, where she led the Sky News channel's coverage of the annexation of Crimea and conflict in east Ukraine. She has reported from more than 20 countries to date. Read more.

Professor Robert English studies Russia, the former USSR, and Eastern Europe, with a focus ranging from general issues of regional relations to specific questions of ethnicity, identity, and nationalism. He formerly worked as a policy analyst for the U.S. Department of Defense and the Committee for National Security. Read more.

FREE AND FAIR? CHALLENGES TO U.S. ELECTION SECURITY
THE MILITARIZATION OF LAW ENFORCEMENT
THE FUTURE OF AID AND CONFLICT IN SYRIA