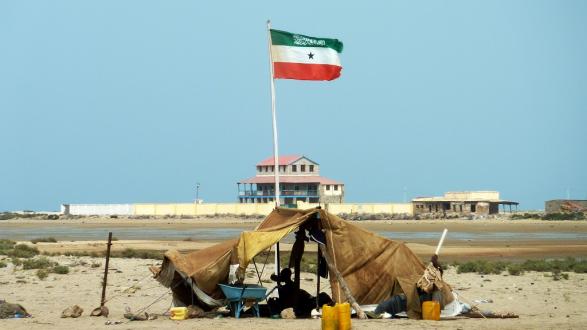 The second installment in the 2019 Summer Teleconference Series on territorial disputes, featuring Somaliland.

It has been 28 years since Somaliland broke off from Somalia, becoming a self-declared state. Despite not being recognized by any country as a sovereign nation, it has remained relatively stable with its own police, army, and currency. The United Nations and the African Union have expressed hope that the state will reunite with Somalia, but is a reunification likely? Recently, Kenya has made further moves to establish a diplomatic relationship with Somaliland, but many see the idea of this breakaway state as a threat.

Would a sovereign Somaliland set off a trend of breakaway states across the African continent? What is the case for Somaliland to become part of the international community?

Sagal Abshir's consultant practice is focused on public policy issues, governance and institution building, with clients including Norad, the UK Stabilisation Unit, the Swedish Ministry of Foreign Affairs, the OECD, and the UN Special Representative of the SG in Somalia. Sagal was formerly a Senior Policy Advisor in the Office of the Prime Minister of Somalia. Read more.

Grant Harris is a Pacific Council member who advises companies and organizations on strategy, policy, and mitigating risk with respect to investing and working in sub-Saharan Africa. For four years, Harris served as the principal advisor to President Barack Obama on issues related to sub-Saharan Africa, serving as Special Assistant to the President and Senior Director for African Affairs at the White House from August 2011 to August 2015. Read more.