WHAT DOES AMERICA OWE TO VETERANS OF ITS 21st CENTURY WARS? 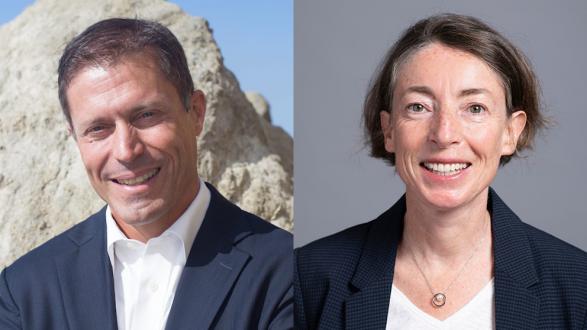 A dialogue with Steve Miska about his new book, Baghdad Underground Railroad: Saving American Allies in Iraq. Presented in partnership with Zócalo Public Square and the U.S. Veterans' Artists Alliance.

Steve Miska is a Pacific Council member and the Executive Director of First Amendment Voice, a nonpartisan effort to reinvigorate civic awareness around free expression, religious liberty, press freedom, and other first amendment issues. Steve retired as a Colonel after 25 years in the Army. His last assignment was teaching graduate students for three years as the Army Chair at Marine Corps University. Previously, he served in the White House as Director for Iraq on the National Security Council. In 2007, on his second of three combat tours, Steve led a team that established an underground railroad for dozens of interpreters from Baghdad to Amman to the United States. He earned top academic honors as a Counterterrorism Fellow at the College of International Security Affairs and has taught economics at the United States Military Academy, West Point. Steve routinely speaks on first amendment issues and soft networks and has addressed DIA, RAND, the Pacific Council on International Policy, the Young Presidents Organization of LA, and numerous media outlets and think tanks. He holds degrees from Cornell University, National Defense University, and West Point. He and his wife of 29 years have two children and reside in Southern California. Read more.

Emma Sky is the author of the highly acclaimed The Unravelling: High Hopes and Missed Opportunities in Iraq (2015) and In a Time of Monsters: Travelling in a Middle East in Revolt (2019). Emma served as advisor to the Commanding General of US Forces in Iraq from 2007-2010; as advisor to the Commander of NATO’s International Security Assistance Force in Afghanistan in 2006; as advisor to the US Security Co-ordinator for the Middle East Peace Process in 2005; and as Governorate Co-ordinator of Kirkuk for the Coalition Provisional Authority, 2003-2004. Read more.

Baghdad Underground Railroad: Saving American Allies in Iraq explores how a small team of soldiers tried to save their interpreters, and themselves, amidst extreme violence during the Iraq War. Two-thirds of the story is set in Iraq with the final third exploring how the interpreters assimilated within the United States with the courageous women who sponsored them.

We may never know the full toll of the post-9/11 wars. The staggering cost of the two-decade-long conflict, and its future consequences, are only just beginning to be understood as the United States prepares to fully withdraw troops from Afghanistan and Iraq before the 20th anniversary of the 9/11 attacks. As the final chapter of America’s longest war nears, what are the biggest problems facing veterans returning home? What does it mean to be a military vet in the United States today? And what does the U.S. government owe local allies such as the translators and interpreters who served alongside American forces?

Steve Miska, a U.S. Army veteran who retired as a Colonel after 25 years in the Army, led the “Baghdad Underground Railroad” that helped dozens of interpreters escape sectarian violence in 2007. The author of the new book Baghdad Underground Railroad: Saving American Allies in Iraq chronicling that experience, he is currently the executive director of First Amendment Voice and conducts pro bono work to support nonprofits that help former interpreters.