POLICYWEST 2020: A DEBATE ON OPEN BORDERS IN THE UNITED STATES 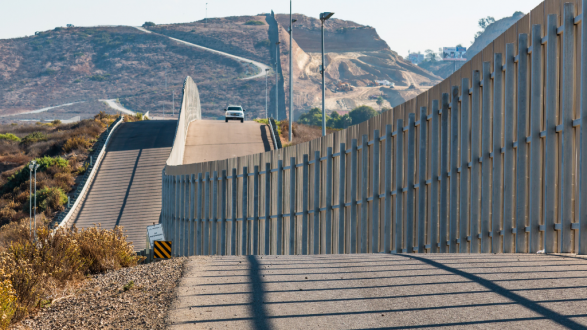 A debate on open borders in the United States, part of the PolicyWest conference.

Fabio Rojas is the Virginia L. Roberts Professor of Sociology at Indiana University, Bloomington. He is also the co-editor of Contexts: Sociology for the Public, the official magazine of the American Sociological Association. Read more.

Seth Stodder represents clients on a wide variety of matters involving international trade and cross-border transactions, proceedings before the Committee on Foreign Investment in the United States (CFIUS), immigration and visas, cybersecurity and data privacy, civil and criminal government investigations, and national/homeland security. He is a partner in Holland & Knight's Los Angeles office. Read more.

Aaron J. Brooks is an operations and logistics professional with global experience, coming from 21 years of Marine Corps service before receiving an Honorable Discharge as a field grade officer. Aaron's overseas deployments include: a UN multi-national coalition (Operation Southern Watch), detainee & intelligence operations (Joint Task Force Guantanamo), Security Cooperation with Gulf nations, the phased US withdrawal from Iraq, and the surge of Marine Expeditionary Brigade Afghanistan before returning to stateside assignments. Aaron's USMC career culminated with a rewarding tour as the Commanding Officer of Marine Aviation Training Support Squadron One.  He continues to support USMC aviation through his current role at Raytheon Technologies. Read more.