The Plight of the Rohingya 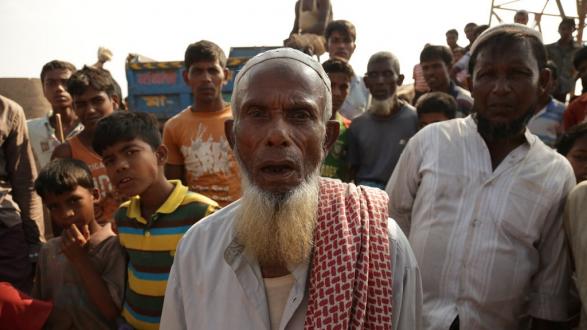 A teleconference on the ongoing humanitarian crisis in Myanmar that has displaced the Rohingya Muslim minority.

In recent months, nearly half a million Rohingya Muslims have fled from Myanmar’s western Rakhine State into Bangladesh to escape abuse and death at the hands of Myanmar's army. Often described as "the world’s most persecuted minority," this ethnic group has lived for centuries in Buddhist majority Myanmar. The crisis, which both the UN and (as of this week) the United States are referring to as ethnic cleansing, has now become the worst contemporary humanitarian disaster in Southeast Asia. The UN's top human rights official this week floated the possibility of bringing genocide charges against Myanmar's leader, Aung San Suu Kyi.

To what degree does Aung San Suu Kyi’s government shoulder blame for this crisis? How has the response from Bangladesh compounded the plight of Rohingya refugees? What should the international community be doing to help the Rohingya?

Described by The New York Times as "a super-specialist" in human rights advocacy, Simon Billenness has over 25 years of experience helping investors, non-profits, universities, communities, and unions use their power to lobby their governments and hold corporations accountable. Read more.

Priscilla Clapp is a senior advisor to the U.S. Institute of Peace and the Asia Society. She is a retired Minister-Counselor in the U.S. Foreign Service. Read more.

Ali Riaz has an international reputation as an expert on South Asian politics and Political Islam. Read more.

Parveen Parmar’s research has focused on the study of health and human rights violations in refugees and internally displaced populations. Read more.

SUMMIT OF THE AMERICAS SERIES: A CONVERSATION WITH TAMARA TARACIUK BRONER