A Peninsula Divided: North Korea and Security in East Asia 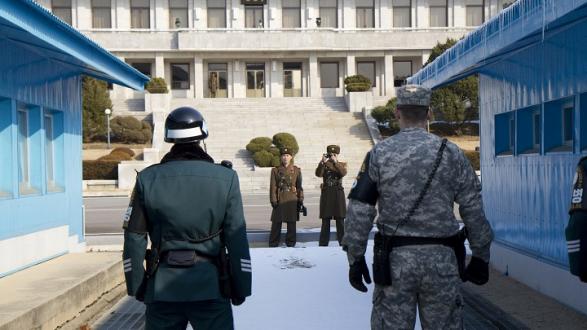 Read a summary of this event.

A breakfast discussion on security issues and tensions on the Korean Peninsula in the wake of North Korea's continued nuclear development. This event is presented in partnership with the Wilson Center.

What is the current security situation on the Korean Peninsula? How is U.S. policy impacted by China’s relationship with North Korea? How will South Korea choose to deal with its northern neighbor should they continue to test and develop their nuclear arsenal?

The Honorable Jane Harman is the first female Director, President, and CEO of the Wilson Center. She represented the aerospace center of California during nine terms in Congress. Read more.

Dr. David C. Kang is Professor of International Relations and Business at the University of Southern California. He is also Director of USC Korean Studies Institute and Director of the USC Center for International Studies. Read more.

Dr. Booseung Chang has a Ph.D. from Johns Hopkins University. Prior to beginning his fellowship at the RAND Corporation, Chang was a 2015–2016 Walter H. Shorenstein postdoctoral fellow at Stanford University. He previously served as deputy director of the South Korean Foreign Ministry's North Korean Nuclear Policy Division. Read more.