A CONVERSATION WITH THE FILMMAKERS OF IMMIGRATION NATION 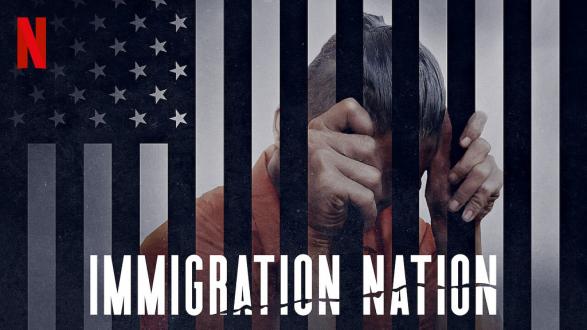 A Culture Club webcast with the filmmakers of "Immigration Nation." Open to the public. Please note: this event is separate from the Culture Club Meeting with members who watched the documentary, so you don't need to watch it in order to attend.

*Members of the public can register here.*

Christina Clusiau is a documentary filmmaker and cinematographer based in Brooklyn, NY. She co-founded the production company Reel Peak Films with Shaul Schwarz, specializing in documentary films and series that prioritize cinematic quality and journalistic integrity. Read more.

Shaul Schwarz is an award-winning documentary filmmaker, cinematographer, and photojournalist based in Brooklyn, NY. His debut documentary, Narco Cultura, premiered at the Sundance Film Festival in 2013. Read more.

Marissa Moran has dedicated her decade-long career to the intersection of media, communications, and social impact. Read more.

"Immigration Nation" is a six-part docuseries on Netflix that gives viewers inside access to operations at U.S. Immigration and Customs Enforcement plus stories of immigrants to give a deeper understanding of the state of immigration in the United States today. Please join us as we feature the directors of the series, Ms. Christina Clusiau & Mr. Shaul Schwarz, to discuss how they approached its making and what it taught them about our country.

Watch the "Immigration Nation" trailer below:

WHAT DOES AMERICA OWE TO VETERANS OF ITS 21st CENTURY WARS?
A CONVERSATION ON THE 'QUAD'
HOPE AMID UNCERTAINTY: THE FUTURE OF AFGHANISTAN