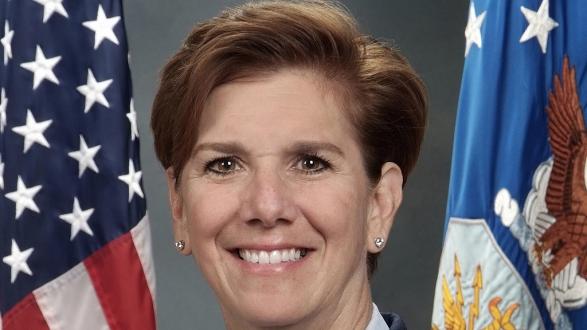 A keynote conversation by Gen. Lori Robinson about the new president's 2021 national security priorities. This event is part of the PolicyWest conference and is presented in partnership with the Leadership Council for Women in National Security. This discussion is off-the-record.

Gen. Lori Robinson was the Commander, United States Northern Command and North American Aerospace Defense Command from 2016 to 2018. USNORTHCOM partners to connect homeland defense, civil support, and security cooperation to defend and secure the United States and its interests. NORAD conducts aerospace warning, aerospace control, and maritime warning in the defense of North America. General Robinson entered the Air Force in 1982 through the ROTC program at the University of New Hampshire. Read more.

Dr. Green is the president and CEO of the Pacific Council. He is also a Research Professor of Communications at the University of Southern California. Prior to this, he served as a Partner at Best Associates in Dallas, Texas, a privately held merchant banking firm with global operations. He also served as the Director of International Programs and Development at the RAND Corporation where he oversaw the activities of the Center for Asia-Pacific Policy as well as the Center for Russia and Eurasia. At the same time, he directed RAND’s Center for Middle East Public Policy. Read more.

The next President of the United States will be sworn in with an unprecedented set of security challenges before them. From navigating the United States' role in international institutions to shifting relations with allies, the President-elect's national security priorities will set the tone for 2021 and beyond. Please join us as we host General Lori Robinson to discuss what she believes the next administration's top national security priorities should be.

ISRAEL, PALESTINE, AND GOVERNANCE CHALLENGES
WHAT DOES AMERICA OWE TO VETERANS OF ITS 21st CENTURY WARS?
A CONVERSATION ON THE 'QUAD'