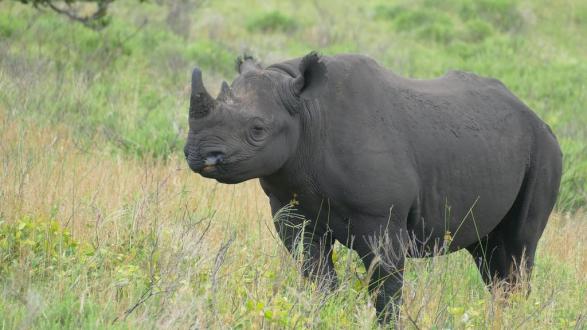 A conversation on the illegal wildlife trade and international conservation efforts with Kathi Lynn Austin.

An estimated $23 billion black-market industry, wildlife crime is an emerging U.S. national security threat and a source of financing for terrorist and rogue regimes. For three decades, Austin has investigated international arms trafficking networks, war profiteers, and transnational criminal operations fueling conflict, natural resource exploitation, and terrorism around the world. Austin will share stories about her three-continent investigation into the guns used by wildlife traffickers and how her CSI "follow the guns" approach has enabled her to identify rhino poaching kingpins and help bring them to justice.

Read Austin's report, Follow the Guns: An Overlooked Key to Combat Rhino Poaching and Wildlife Crime, which demonstrates that disrupting the supply of weapons used in wildlife crime worldwide is a much-needed—and often overlooked—conservation tool.

The Road Ahead for the United States in 2020
September "Heal the Bay" Beach Clean-Up
Territorial Disputes: Amazon Rainforest