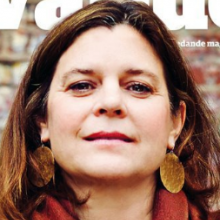 She is founder and Executive Director of the Conflict Awareness Project, an international non-governmental organization (NGO) dedicated to investigating, documenting and bringing to justice major arms traffickers, war profiteering networks, and transnational criminal organizations that fuel war and conflict around the world. In 2011, she was named "Arms Control Person of the Year" by the Arms Control Association.

Austin has served in official capacity as a member of the United Nations Group of Experts on the Democratic Republic of Congo (DRC) and Liberia as well as Chief of the Joint Mission Analysis Centre for the United Nations Peacekeeping Missions in Timor-Leste and Burundi.

Austin continues to undertake global work with multi-lateral, non-government organizations and public/private entities, and currently serves as Senior Advisor for the Open Society Justice Initiative. She is a former visiting scholar at Stanford University and the University of California at Berkeley and previously worked for the World Bank, Human Rights Watch, the International Crisis Group, and the Fund for Peace as director of the Arms and Conflict Program. She is a member of the Pacific Council for International Policy.