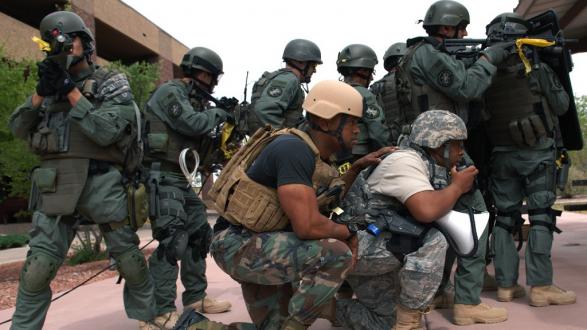 Unfriendly relationships between the United States and other countries or organizations put U.S. citizens and companies at risk of being targeted for kidnapping and violence. Negotiating the release of prisoners and hostages in these situations is a dangerous and poorly understood process—particularly where no formal communication channels exist between the U.S. government and these forces. Join us as we explore the best ways to navigate the complex and opaque reality of hostage negotiations.

Please note: this event is under the Chatham House Rule.

Kieran Ramsey is the director of the FBI's Hostage Recovery Fusion Cell, where he leads the U.S. government’s dedicated interagency coordinating body at the operational level for the recovery of U.S. national hostages abroad.

Ambassador Mutlaq bin Majed Al Qahtani is currently the Special Envoy of the Foreign Minister of the State of Qatar for Counterterrorism and Mediation of Conflict Resolution.He previously served as director of the Department of International Organizations and Conferences in Ministry of Foreign Affairs. Read more.

Karen Richardson is a Pacific Council member who previously worked at the White House as Associate Director in the Office of Public Engagement and Intergovernmental Affairs. Read more.