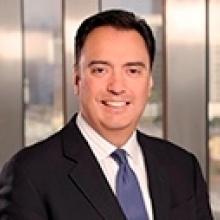 Mr. Michael Camuñez is the co-founder and President and CEO of Monarch Global Strategies and a director of the Pacific Council on International Policy. Monarch Global Strategies is a strategic consulting firm providing senior corporate executives with market and political intelligence, strategic advice and stakeholder engagement support to drive market entry and business expansion efforts in North America, with a particular emphasis on Mexico. From 2010 to 2013 he served as the Assistant Secretary of Commerce for Market Access and Compliance, where he managed a global portfolio to help lead the U.S. government's efforts to open new markets for U.S. goods and services, identify and eliminate significant market access challenges and non-tariff barriers, and monitor and enforce U.S. trade agreements and commitments. As Assistant Secretary, Mr. Camuñez visited more than 30 countries to advance U.S. trade and economic policy and held key leadership positions in a wide range of bilateral trade dialogues with developed and emerging markets in Sub-Saharan Africa, Europe and Eurasia, Asia and Latin America. He played a critical role in rebalancing U.S. economic policy toward Mexico, and was the chief architect of the U.S.-Mexico High Level Economic Dialogue. Concurrent with his service as Assistant Secretary, Mr. Camuñez was appointed by President Obama to the U.S. Commission on Security and Cooperation in Europe (the Helsinki Commission), to lead the Economic Dimension of the Commission's work through the Organization for Security and Co-operation in Europe (OSCE) in Vienna. He previously served in the Obama White House as Special Counsel to the President in the Office of the White House Counsel as well as Special Assistant to the President. He served as a Senior Policy Advisor in the first term of the Clinton Administration, where he was part of the team that created and launched the AmeriCorps program in 1993.

The Coronavirus Knows No Borders; We Shouldn’t Either
U.S.-Mexico Relations—Moving Forward
Implications of COVID-19 for Mexico
USMCA Trade Deal On Track to Take Effect in the Near Future
An Update on the USMCA Trade Agreement—Getting Closer
Caravans and USMCA Complicate U.S.-Mexico Relations
NAFTA Talks Take a Positive Turn
An Initial Assessment of the Mexican Elections
NAFTA Negotiations All but Dead This Year
Camuñez: Negotiators Unlikely to Meet NAFTA Deal Deadline