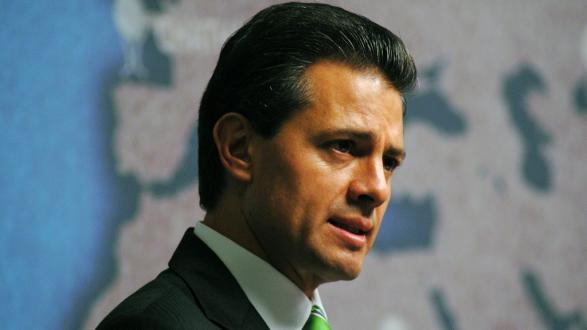 As we go to press, the fate of the NAFTA renegotiations is looking quite grim. Despite being faced with a Congressionally-imposed May 17 deadline to meet the requirements of the Trade Promotion Authority guidelines and the U.S. congressional calendar, the United States has, according to our sources, shown a remarkable lack of flexibility in getting to a final deal. Several contentious issues remain outstanding. Despite solid work at the technical level, as of this writing, no deal appears to be imminent. Our analysis of what happened can be found below.

So far, we have been promised a renegotiated NAFTA by the end of 2017, by the end of March, in time for the mid-April Summit of the Americas, by the end of April, by May 4, and now by mid-May. This time, however, the deadline appears to be firm. Even as President Trump says that the United States is in no rush to complete the NAFTA renegotiation, his Trade Representative insists that an agreement must be reached by mid-May if it is to have a chance of being approved by the current Congress given the time lines laid out in U.S. trade law. Speaker of the House Paul Ryan added a specific date: May 17. And Commerce Secretary Wilbur Ross has made it clear that if there is no agreement by the end of May there is likely to be no agreement before the end of the year.

The three countries’ technical teams have been working virtually non-stop and the principal negotiators met repeatedly during April and early May. As a result, at least 70 percent to 80 percent of the new treaty has been completed. But what remains are the most challenging topics including auto rules of origin, sunset clause, dispute resolution, government procurement, the seasonality of Mexican produce, and protection for the Canadian dairy sector. This situation allowed Mexican Foreign Minister Luis Videgaray to announce on April 26, after four consecutive days of meetings among the principal negotiators, that the three countries were reasonably close to an agreement, while on the very same day Economy Minister Ildefonso Guajardo noted there are still many pending issues to iron out.

The following day, U.S. Trade Representative Robert Lighthizer, Canadian Foreign Minister Chrystina Freeland, and Guajardo announced a 10-day break in their meetings, necessitated by a trip to China by a U.S. trade delegation that included Lighthizer, even as the technical teams continued to talk. After the delegation returned, five consecutive days of talks among the three principals did not generate an agreement. Despite public reports that Guajardo had brought to Washington "two weeks’ worth of suits," he unexpectedly returned to Mexico after discussions on Friday May 11 with time running out.

The Mexicans appear to be the adults at the table, making good faith efforts to accommodate what most agree are very difficult and often unreasonable U.S. demands.

What happened? Has there been a breakdown in the talks? Inside U.S. Trade has reported that the key to reaching a NAFTA agreement is auto rules of origin. The most recent U.S. proposal calls for a minimum 75 percent regional value for vehicles and 75 percent for "core" auto parts and a requirement that 40- 45 percent of vehicles be produced by workers earning at least $16 per hour, all of which would take effect within four years.

As expected, Mexico has balked at the wage requirement, but is reported to have countered with a compromise proposal. This proposal would set a 70 percent minimum of North American content, compared with the United States’ 75 percent demand, for tariff-free treatment in the auto sector. Insiders said the proposal also would allow for some higher-wage content but includes a ten-year phase in instead of the four years the United States is demanding.

Monarch’s discussions with trusted sources close to the negotiations suggest a few dynamics are worth noting. First, the Mexicans appear to be the adults at the table, making good faith efforts to accommodate what most agree are very difficult and often unreasonable U.S. demands. The Mexican counteroffer on auto rules of origin was not easy for them to make, and in return they reasonably expected some flexibility on the part of the United States—none of which it has seen to date. Moreover, the traditional maxim in trade negotiations is that "nothing is done until everything is done."

Despite heretofore strong relations and cooperation between the Canadians and Mexicans, the U.S. approach has effectively allowed Canada to opt out of some of the most challenging issues.

It is the ultimate art of compromise, big and small. And yet the United States appears to be taking the approach that issues must be addressed and fully resolved one at a time, expecting the Mexicans to finalize the rules on Return on Objectives (ROO) without knowing how other highly sensitive issues will be resolved (like dispute resolution, the so-called sunset provision, agricultural seasonality, and other issues). This approach almost guarantees the negotiations will fail, and it’s hard to criticize the Mexicans for their objections to this approach.

Meanwhile, despite heretofore strong relations and cooperation between the Canadians and Mexicans, the U.S. approach has effectively allowed Canada to opt out of some of the most challenging issues on ROO, leaving Mexico to carry the water on its own this last week. It’s unclear what’s behind Canada’s approach—whether it prefers that if the talks break down so they can duck blame and assign it to the Mexicans or whether they are simply keeping powder dry to fight the United States on the forthcoming battle over IP and dairy market access. Whatever the case, this week has revealed some discordance in the negotiations, according to our sources.

We take no comfort in observing that the NAFTA talks appear to be going off the rails. But we also are quite clear about where responsibility lies: the United States has, from the beginning, taken a U.S.-centric approach to the negotiations that is at odds in many cases with the interests of its own industry, farmers, and workers. It must therefore own the result if the talks breakdown.

If President Trump decides to attempt to withdraw from the agreement, there will undoubtedly be many legal challenges to his authority to do so.

That said, we must remember that, as of today, NAFTA still exists and will remain in full force and effect. If President Trump decides to attempt to withdraw from the agreement, there will undoubtedly be many legal challenges to his authority to do so. Thus, while we may continue to see storm clouds on the horizon for some time, business will continue under the status quo for the foreseeable future.

In other trade news, the United States extended Mexico and Canada’s exemption from steel and aluminum tariffs for another 30 days, but with a promise that these exemptions would be the last. Mexico and the European Union finalized the update of their free trade accord, and Mexico became the first country to ratify the revised Trans-Pacific Partnership among the 11 countries that remained after the U.S. withdrawal. Meanwhile, China expressed its interest in developing closer trade relations with Mexico, and analysts note a good chance for improved trade relations between Mexico and Brazil.

All of this points to the fact that Mexico is, wisely, not waiting around to see where the United States ends up. It will continue to embrace its commitment to free trade and to deepened ties to world markets. While the United States faces lost market share in Mexico as a result (a self-inflicted injury), Mexico will remain a very attractive place to invest and do business in the coming years.

President Trump’s rhetoric and actions in the immigration space continue to complicate bilateral relations. Following Trump’s decision to order the National Guard to the U.S.- Mexico border in response to a feared surge of Central American migrants, Mexican President Peña Nieto ordered his government to undertake a review of all cooperation agreements Mexico currently has with the United States to determine if they continue to be in the Mexican national interest. According to the U.S. government, whether intentionally or due to risk-averse bureaucrats concerned about collaborating too closely with the United States in these circumstances, this review has undermined bilateral cooperation in a number of areas.

At the same time, both governments took actions to reduce bilateral tensions. Mexico announced that it would send Federal Police to its southern border to reinforce security there, Mexican Foreign Minister Luis Videgaray and U.S. Homeland Security Secretary Kirstjen Nielsen agreed to high level talks with their Central American counterparts to deal with the migration issue, and the Trump Administration has somewhat toned down its rhetoric. When the caravan of Central American migrants reached the U.S. border at the end of April, the United States quietly began processing small numbers of asylum seekers.

Ambassador Roberta Jacobson returned to the United States on May 5, leaving behind a softening of U.S. rhetoric while the two countries try to nail down a final NAFTA accord and deal with an increased flow of Central American migrants fleeing violence and poverty.

For his part, President Trump tweeted that weak U.S. laws rather than Mexico are to blame for the situation. Trump also has not called on Mexico recently to pay for the border wall, nor has he engaged in Mexico-bashing despite appearing in campaign-style rallies where such rhetoric is red meat for his supporters.

This is the state of the bilateral relationship that will greet a new U.S. ambassador. Ambassador Roberta Jacobson returned to the United States on May 5, leaving behind a softening of U.S. rhetoric while the two countries try to nail down a final NAFTA accord and deal with an increased flow of Central American migrants fleeing violence and poverty.

She left the embassy in the hands of Deputy Chief of Mission William Duncan, who is slated to become the Consul General in Monterrey in June. Our sources indicate that he will be replaced as DCM by John Creamer, another highly respected career foreign service officer who spent most of his career in Latin America. For the past two years, Creamer has been the Deputy Assistant Secretary of State for Cuba, Mexico, and Central America. Meanwhile, there still has not been any formal nomination for the open post of ambassador.

Michael Camuñez is a Pacific Council Director, chair of the board’s Audit Committee, and president and CEO of Monarch Global Strategies.