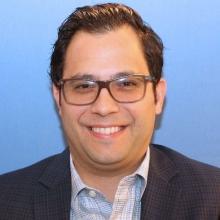 Derek Grossman is a senior defense analyst at RAND Corporation. He focuses on a range of national security policy and Asia-Pacific strategy issues. Derek has over a decade of experience in the Intelligence Community (IC), where he served as the daily intelligence briefer to the Director of the Defense Intelligence Agency (DIA) and the briefer to the Assistant Secretary of Defense for Asian & Pacific Security Affairs at the Pentagon. He leveraged this experience to write an award-winning paper for the IC’s "Galileo Competition," which solicits innovative ideas to reform IC business practices.

Prior to DIA, Derek worked at the National Security Agency (NSA) where he pioneered a new assessment format and led a Directorate-level initiative to enhance NSA's intelligence support to policy. He has also served at the CIA and on the President's Daily Brief (PDB) staff. Prior to government service, Derek worked at the Jamestown Foundation as the China Program Manager and Editor of China Brief. He previously supported the then-Center for Northeast Asia Policy Studies (CNAPS) at the Brookings Institution.