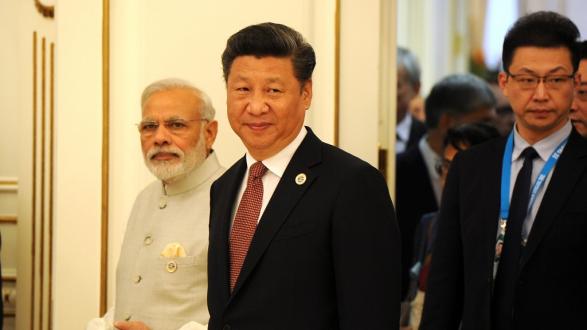 With India and Pakistan as newly installed members of the Shanghai Cooperation Organization (SCO), China is likely to face an increasing amount of divisiveness within a regional economic and security organization accustomed to extreme comity and cooperative discussions. India’s entry could especially frustrate Beijing because of rising geopolitical competition between the Asian giants and different approaches to counterterrorism.

Beijing may not have even wanted India to join the SCO. Russia first proposed India as a member, likely in part to complement bilateral economic and security engagement, but mainly to constrain China’s growing influence in the organization. Russia is increasingly concerned that post-Soviet SCO members—Kazakhstan, Kyrgyzstan, Tajikistan, and Uzbekistan—are drifting too far into China’s geostrategic orbit.

India’s entry into the SCO could put Beijing in the awkward position of highlighting the organization’s value, while increasingly working around or outside of it. Outright failure of the SCO would be unacceptable for China because of its central role in establishing the forum. Regardless of the bickering between countries that may break out, Beijing can be expected to make yet another show of the importance of the SCO, with all of the usual pomp and circumstance, at the next summit in June 2018. China as host makes this outcome even more likely.

Read the full article on The Diplomat.

Derek Grossman is a Pacific Council member and a senior defense analyst at the nonprofit, nonpartisan RAND Corporation. He formerly served at the Defense Intelligence Agency as the daily intelligence briefer to the Assistant Secretary of Defense for Asian and Pacific Security Affairs at the Pentagon.