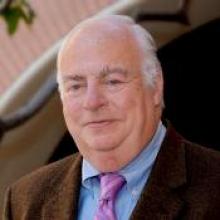 Dr. Abraham F. Lowenthal, the founding director of the Pacific Council on International Policy, the Inter-American Dialogue and the Woodrow Wilson Center’s Latin America Program, is professor emeritus at the University of Southern California.

He has written on US foreign policy, Latin American politics, democratic governance, and California’s policy challenges. Among his main publications are The Dominican Intervention (1972), Partners in Conflict: The United States and Latin America (1987), Global California (2009), and Democratic Transitions: Conversations with World Leaders (co-edited with Sergio Bitar in 2015), published in six languages. He has published thirteen other symposium volumes; many book chapters; and eight essays in Foreign Affairs, among many others.

Dr. Lowenthal received his AB, MPA, and PhD degrees from Harvard University.  He has been a visiting fellow in the United Kingdom, Israel, Argentina, Brazil, Colombia and Mexico; at Harvard, Princeton, UCLA, UC San Diego, the Public Policy Institute of California and the Wilson Center; and has held Fulbright professorships in Argentina, Brazil and Japan.

Lowenthal was director of studies and a vice president at the Council on Foreign Relations, a Peru representative for the Ford Foundation, and directed USC’s Center for International Studies. He was for several years a non-resident Senior Fellow of the Brookings Institution and an adjunct professor at Brown University’s Watson Institute.

Notre Dame awarded an honorary degree to Lowenthal who has been decorated by the presidents of Brazil, the Dominican Republic and Peru, and has received the Woodrow Wilson Medal for Public Service and the Olafson Award for advancing Southern California’s international interests. He has served on numerous boards and advisory councils, and is a board member of the Leo Baeck Institute and a member of the Research Council of the International Forum for Democratic Studies.