Venezuela: Is There a Way Out of Its Tragic Impasse? 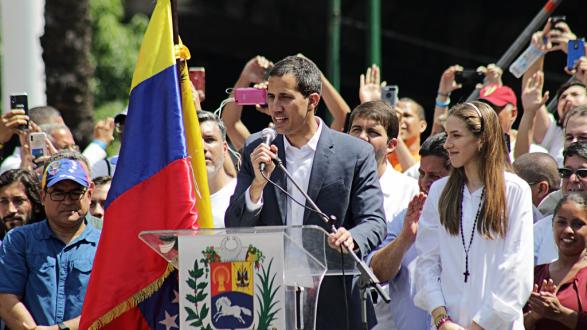 In a new policy brief for the Wilson Center’s Latin American Program, Abraham F. Lowenthal and David Smilde argue that conflicts that appeared to be irreconcilable have sometimes been resolved in other countries that were once controlled by authoritarian regimes, and these experiences are relevant to Venezuela’s plight. Read more about the policy brief at the Wilson Center's website.

Against this backdrop, since May, the government of Norway has arranged two meetings of representatives from the Maduro and Guaidó camps, with a third round to take place this week in Barbados.

Is a negotiated democratic transition possible in Venezuela?

In this new Latin American Program policy brief, Abraham F. Lowenthal and David Smilde, recognized experts on democratic transitions and on Venezuela, argue that conflicts that appeared to be irreconcilable have sometimes been resolved in other countries that were once controlled by authoritarian regimes, and these experiences are relevant to Venezuela’s plight. They argue that, “when it becomes apparent that a change of regime on mutually acceptable terms is the only alternative to a painful stalemate, effective local leadership, with strong international support, can sometimes forge agreements that work.”

Lowenthal and Smilde offer insights about the ways that transitions have worked in the past, with reference to specific aspects of the Venezuelan case. They offer concrete recommendations for Venezuelans and for the international community in working toward a negotiated transition aimed at a stable and peaceful Venezuela, with a recovering economy and a healthy petroleum industry. They call on the international community to engage in skillful diplomacy and make commitments to help the parties move toward a settlement.

Read the full report here. Read a related but separate op-ed by Abraham Lowenthal and David Smilde in The Hill here.

Abraham F. Lowenthal was the founding president of the Pacific Council and founding director of the Wilson Center’s Latin American Program and the Inter-American Dialogue, and currently serves as professor emeritus at the University of Southern California.

David Smilde is the Charles A. and Leo M. Favrot Professor of Human Relations at Tulane University, and a senior fellow at the Washington Office on Latin America.

This policy brief was originally published by the Wilson Center.