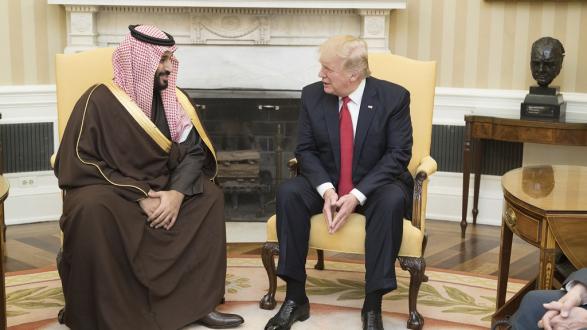 Tensions between Saudi Arabia and Iran hastened international efforts to mediate between them during 2019, after a series of oil tanker attacks in the Persian Gulf and upheavals in neighboring countries including Yemen and Iraq. With eyes on their next moves and the looming possibility of a war, Tehran and Riyadh accepted the goodwill efforts of several states to open talks. Speculations grew that they might even resolve their differences to avert a war.

It’s worth noting that neither Saudi Arabia nor Iran is eager to start one. The two have never fought a direct war, and if it were to happen, it would be costly and destructive for both sides. Moreover, Riyadh and Tehran are already navigating spheres of influence in the war-torn countries of Iraq, Syria, and Yemen.

But an attack on state-owned Saudi oil and gas facilities in September 2019 was a wake-up call that conflict between Saudi Arabia and Iran could irreversibly flare up if left unresolved and threaten the security of both states.

Since then, international efforts to mediate conflicts between Saudi Arabia and Iran have failed. Mediators do not have a say over how Riyadh and Tehran lead their regional policies, but they are also not independent actors. The United States, for example, may have supported dual-track meetings between Riyadh and Tehran over the years—most organized by U.S.-based organizations and involving policy experts with whom this author has spoken to. But the United States or an organization that receives American funding is not an impartial observer of Saudi-Iranian relations, given frequent tensions between the two countries.

Iran needs a breakthrough with the Trump administration if regional calm is to be restored.

Tehran’s provocations in the Persian Gulf during 2019 suggest plans in Iran to increase pressures on Saudi Arabia, but not at a steep cost of breaking all deals. Iran needs a breakthrough with the Trump administration if regional calm is to be restored. Since the United States and Iran do not get along, and to make headway toward Tehran, Washington supports its allies like Japan and Pakistan to help mediate some of the tensions between Riyadh and Tehran.

Iranian President Hassan Rouhani has made several attempts to instill hope that this mediation might succeed. Rouhani traveled to Japan in December 2019, and Pakistani Prime Minister Imran Khan visited Tehran and Riyadh during October 2019 to facilitate a dialog between the two capitals, following his U.S. trip earlier in July 2019. Khan wants to be on good terms with all three states to build strong economic ties and strengthen his powerbase in Islamabad.

In return, Pakistan believes it can offer experience working with Iran’s armed forces to secure their 560-mile common border, and help Saudi Arabia lead a counter-terrorism military coalition of Muslim and Arab states to ensure regional security. Still, Iran and Pakistan have never been close or had a trusting partnership given Islamabad’s larger interests with the United States and closer ties to Saudi Arabia. With that in mind, according to Tehran, Khan’s latest mediatory efforts have yet to yield any results.

There is no guarantee that giving Tehran a greater regional role will end its interventions in Arab affairs.

Increased regional tensions, in fact, means that Pakistan’s efforts would more likely be limited to de-escalating conflicts between Riyadh and Tehran rather than mediating them. After the U.S. killing of Quds Force Commander Qassem Soleimani on January 3, Pakistani Foreign Minister Shah Mehmood Qureshi traveled to Iran to convey that his country did not wish to be caught in the midst of fire if regional tensions were to flare up. After visiting Tehran, Qureshi planned to travel to Saudi Arabia and the United States to advance mediation toward de-escalating regional tensions, assuring both Riyadh and Washington that was what Tehran wanted as well.

Saudi Arabia shares Qureshi’s sentiments and has called for restraint after Soleimani’s killing. The kingdom has also said that it was not consulted by the United States about the assassination, despite media reports suggesting that Soleimani was on a mission to discuss with the Iraqis mediation options between Saudi Arabia and Iran. Iran’s foreign minister had indeed asked Soleimani to mediate the disputes between Tehran and Riyadh months ago, and the Iranian commander was receptive to the idea which obviously never saw the light of day. Meanwhile, U.S. interests can confuse the Saudi and Iranian regional roles. When Soleimani was killed, it was clear that the kingdom was concerned that it would escalate regional tensions.

Iran has proposed several multilateral regional security pacts to de-escalate tensions, which Saudi Arabia has ignored because it demands to see a change in Tehran’s behavior first. Iran makes no secret that it does not seek to alter its regional behavior. But its latest HOPE initiative (Hormuz Peace Endeavor) aims to expand Iran’s power in regional affairs by securing the Gulf waterway in tandem with its Arab neighbors. While several smaller Gulf Arab states briefly entertained the initiative as a welcome sign by Iran, in general terms neither Saudi Arabia nor the Gulf Cooperation Council (GCC) have given it serious consideration. There is no guarantee that giving Tehran a greater regional role will end its interventions in Arab affairs.

If Riyadh and Tehran are caught up dealing with predominant U.S. interests in regional conflict zones, they are left with few options to fix their issues bilaterally and may drift apart when it comes to achieving the goal of stabilizing the region.

These multilateral steps could perhaps be backed by workable solutions to accommodate Saudi Arabia and Iran in Arab conflict zones—such as Iraq, Syria, and Yemen—in which they are engaged. This is a lofty goal, and Iran’s hardliners are suspicious of any mediation by third countries that are allied with the United States.

Hardliners claim that Japanese Prime Minister Shinzō Abe cannot be trusted because he is too close to U.S. President Donald Trump. On his last trip to Tehran in June 2019, Abe called the U.S. president and Crown Prince Mohammed bin Salman before traveling to Iran. But his trip failed to yield tangible results. To secure the Gulf waterway in the event of future conflicts, Japan then decided to send its defense forces to the region instead of relying on Iran, Saudi Arabia, or the United States.

Mediating between Saudi Arabia and Iran means changing the balance of power in a way that pleases both countries. If Riyadh and Tehran are caught up dealing with predominant U.S. interests in regional conflict zones, they are left with few options to fix their issues bilaterally and may drift apart when it comes to achieving the goal of stabilizing the region. Any mediation in this context is meaningless, especially ones in which the United States or American organizations, or staunch U.S. allies, attempt to take charge.

Banafsheh Keynoush is a Pacific Council member and foreign affairs scholar. She is also the author of Saudi Arabia and Iran: Friends or Foes?

This article was originally published by the Atlantic Council.

Navigating Issues of Secrecy and National Security at GTMO