What Next for Iran? 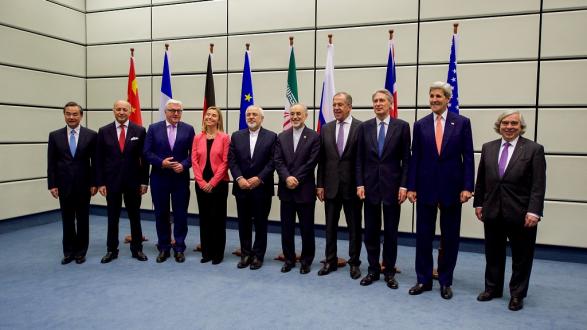 The deal is done. Its foes might contemplate a belated counterattack, but that would be more a gesture than anything else. It is time to look ahead.

Political dynamics within Iran remain mysterious. Watching the supreme leader, Ayatollah Khamenei, during the past few months has been fascinating. Without doubt, he could have scuttled the agreement had he chosen to do so. But he allowed the Rouhani government to move forward, all the while making the noise necessary to keep his ultra-conservative base more or less appeased. The West will continue to watch him closely, as Khamenei could, with signals subtle or bold, wipe out the cautious optimism that now exists and put Iran once again on the path toward confrontation.

But let’s sustain some optimism while considering Iran’s future in its region and the world. If it so chooses, Iran could be exceptionally helpful in bringing at least a minimal level of stability to the Middle East. Among the principal issues are these:

As for “Syria,” any discussion about its future must be based on recognition that the nation that was more or less unified until 2011 no longer exists. The territory now comprises bits and pieces governed (in the loosest sense of the word) by groups that share only corruption and viciousness. The arrival of new Russian military assistance for the Assad regime is dangerously counterproductive and certain to cause only greater misery among the remaining civilian population. Iran has leverage with both Assad and Russian President Vladimir Putin, and might be the only country that could broker a compromise, such as getting Assad out (to perhaps a nice villa in Tehran?) and the United Nations in. There must be an alternative to the present situation, which has turned what once was a country into a Mad Max free-fire zone inhabited solely by fighters and the civilians who cannot escape.

Greater Iranian participation in the fight against IS might help the situation on the battleground.

One reason that Iran has been so steadfast in its support for Assad is that Syria has long provided a route into Lebanon for Iranian military aid to Hezbollah, which has returned the favor by sending fighters to help Assad. Israel watches all this carefully, not unhappy about Hezbollah troops dying in Syria but understanding that Hezbollah remains its most dangerous active foe, as was proved during the 2006 Israel-Hezbollah War. Iran will not desert Hezbollah, but if it were to reduce the flow of arms somewhat – give the faucet just a slight twist – it might lower the always high temperature between the antagonists and be a useful signal to Israel that Iran may be open to further reductions of tensions.

The relationship between Iran and Saudi Arabia is grounded in the tensions of internal Muslim politics. Saudi Arabia is the dominant Sunni state, while Iran is Shi’a and wary of Sunni threats to its security. Any bridge between the two will be fragile, built on a foundation of opportunism. Now is one of the rare times when even a flimsy bridge is feasible because the Saudis and the Iranians share fear of growing regional instability caused by the Islamic State. This threatens something even more sacred than religion: the oil market.

Despite pronouncements from the U.S. government that IS is being contained, the truth on the ground is apparently very different, as the group consolidates its gains and perhaps makes ready for new conquests. Saudi Arabia is the Dr. Frankenstein in all this. Saudi money was behind the rise of IS, which was expected to be useful as a Sunni force to obstruct expansionist tendencies of Shi’a Iran. But with IS on a prolonged rampage – which has included scooping up some oil production facilities for itself – the Saudi government needs help in restoring order. Working with Iran is made more difficult by the sideshow conflict in Yemen, which is to an extent a Saudi-Iran proxy struggle that is inflicting widespread destruction and casualties. Nevertheless, despite concerns of the U.S. and Iraqi governments, greater Iranian participation in the fight against IS might help the situation on the battleground.

To see the real future of Iran, consider what this rising generation of Iranians will do when they become full citizens of the world.

Meanwhile, outside the region, corporate leaders salivate at the prospect of life without sanctions and easier access to Iran’s 80-million-person marketplace. More than military or religious issues, economic factors are most likely to be transformative in terms of Iran’s new place in the world. The median age among Iranians is 28, and this young population is both forward- and outward-looking.

The exigencies of the moment are troublesome and deserve attention, and whatever nuclear ambitions Iran may have are problematic. But to see the real future of Iran, consider what this rising generation of Iranians will do when they become full citizens of the world. Blowing up that world is unlikely to be on their agenda.