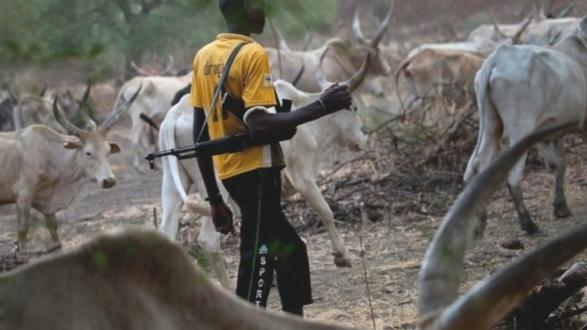 Nigeria is ranked among the most fragile states in the world. The country faces significant water challenges, which vary greatly from one region to another. In a vicious cycle, weak governance exacerbates these water challenges, and in turn, conflicts over water resources make governance more difficult.

Nigeria spans a breadth of ecosystem types, each with distinctive weather and precipitation patterns that pose unique challenges. Availability and quantity of water are insufficient in most areas. Even more than physical water scarcity, economic water scarcity is widespread, meaning that there are insufficient technical and financial resources to access existing freshwater supplies.

Climate change is a key factor increasing water stress. Because of its already small agricultural yields, political instability, and poor governance, Nigeria is ranked as the 22nd least ready country to deal with the impacts of climate change by the Notre Dame Global Adaptation Index. These effects are vivid in many parts of the country. Average temperatures across Nigeria are rising. In the north, more extreme heat and decreasing precipitation are causing the desert to encroach on valuable farmland.

Water-related violence has been responsible for more casualties than the violent insurgency waged by Boko Haram.

Climate models predict that weather patterns will continue to increase in volatility and severity. Torrential rains and windstorms are becoming more frequent and more intense, and sea levels along the coast are projected to rise between 1.5 and three feet by 2100, which would cause salinization of the potable water supply and arable land.

The availability of safe drinking water is very limited in Nigeria, and supplying sufficient water grows increasingly challenging as urban populations grow. Poor sanitation and hygiene lead to high rates of diseases like diarrhea, pneumonia, trachoma, and worm-related illnesses, with diarrhea as the second largest direct cause of child mortality. Water allocation is also a significant problem. Water governance is very fragmented and the Nigerian government generally lacks the resources and expertise to operate effectively. Existing infrastructure is not only insufficient, but also poorly maintained. In response to the Nigerian government’s failure to provide basic services like safe water, several insurgent groups have arisen to take matters into their own hands.

There are three main geographical flashpoints where conflict over water is ongoing. In the north and northeast, Boko Haram has waged a violent insurgent campaign since 2010; among their demands are government provision of clean water. In Nigeria’s Middle Belt, changing rainfall patterns are limiting the grazing area of Muslim Fulani herders, who then encroach on the land of predominantly Christian farmers. Water-related violence has been responsible for more casualties than the violent insurgency waged by Boko Haram.

Finally, in the Niger Delta, militant groups are attacking oil infrastructure, partially motivated by conflict over rights to land and waterways. Oil spills into waterways also contribute to food insecurity and malnutrition in this region.

In the north, where droughts and floods have already led to the abandonment of hundreds of villages, Boko Haram rose to power with much of its support stemming from widespread frustration over the northern citizens’ deprivation of basic needs like water. Among other guerrilla tactics, the militant group is also known to use water as a weapon, poisoning the freshwater sources of their opposition.

Changing rainfall patterns and a reduction of arable land in Nigeria’s Middle Belt are becoming a source of ethnic tensions, as Hausa-Fulani nomadic herders increasingly encroach on settled farms in search of places to graze cattle. When cattle damage crops, farmers often retaliate by poisoning the water or grass, or by attacking the herders. This conflict caused the deaths of 1,078 people between the months of January and March 2018. Conflicts in Africa are more common in years that are unusually wet or dry.

In the Niger River Delta, oil spills have contributed to severe reductions in household food security, and a sharp increase in childhood malnutrition. As the Nigerian government has failed to adequately address these problems, communities have turned to protesting the pollution and unequal distribution of water that jeopardizes their livelihoods. Between 1993 and 1999, around 2,000 protesters were killed as a result of suppression by the Nigerian government, and peaceful protest leader Ken Saro-Wiwa was executed in 1995. Communities have turned to UK courts to demand reparations, but have so far been unsuccessful.

As Africa’s most populous country, Nigeria also wields strong influence in international and regional institutions and contributes significant troops to peacekeeping operations on the continent.

Because of these governance failures, new and more established insurgent groups are responding by attacking oil company infrastructure and personnel. All belligerents are calling for better provision of basic services like clean water, as well as more equitable rights to land and waterways. These groups sabotage oil rigs and destroy underground pipelines, which provide much of the nation’s revenue. Ironically, these attacks also frequently cause severe pollution of the same water resources the insurgents seek to protect from environmental degradation.

Nigeria is the lynchpin of regional stability and a strategic partner for the United States in the struggle against extremism. As Africa’s most populous country, Nigeria also wields strong influence in international and regional institutions and contributes significant troops to peacekeeping operations on the continent. As a strategic partner in the war against extremism Nigeria is key to stemming the influence of al Qaeda in the Islamic Maghreb (AQIM), which has already gained footholds in neighboring Niger, Mali, and Mauritania.

Outward migration from Nigeria is also a concern for the United States and its allies in Europe. Nigerians are already part of a migratory arc of instability stretching from West Africa through the Maghreb and across the Mediterranean. Finally, supply disruptions in Nigeria’s oil sector creates market uncertainty and upward pressure on global oil prices that impacts U.S. consumers.

Interventions should make full use of the U.S. assets in our development, diplomatic, and defense arsenal. Emphasis must be placed on supporting USAID’s research and distribution of drought-tolerant seeds to increase yields in regions that are experiencing more frequent droughts. The United States, in order to guide resilience-building policies and interventions, should encourage the deployment of technologies developed by the U.S. government and the private sector that provide precise measurements of climate variability, water flows, and groundwater availability.

While the climate risks are extreme, our ability to forecast these risks is greater than ever.

While the climate risks are extreme, our ability to forecast these risks is greater than ever. To enable more effective policies for crisis avoidance and response, U.S. defense and scientific agencies should utilize remote sensing capabilities within those agencies to predict droughts and their humanitarian consequences. Additionally, transparent and accountable governance should be encouraged by providing vocational training, improvements in water infrastructure, and technical assistance at the local level.