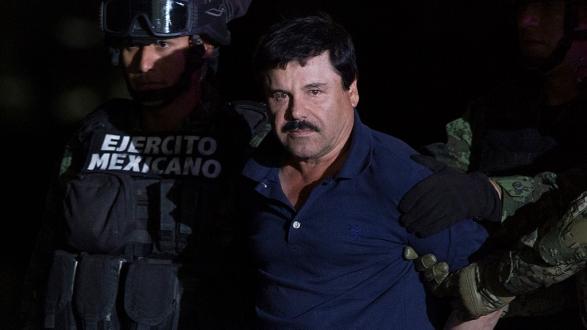 On the evening of January 19, the day before Donald Trump’s inauguration, the Mexican government extradited the infamous Joaquín "El Chapo" Guzmán Loera, also called "Shorty," to the United States to face a 17-count indictment in a Brooklyn courtroom. The extradition was the culmination of lengthy legal proceedings and diplomatic repartee between the two countries, thus, although the timing and abruptness surprised many Mexico watchers, the outcome was not shocking in and of itself. Timing aside, however, it represents an opportunity for the two neighbors to strengthen their security relationship despite a backdrop of increasing tensions.

The head of the Sinaloa Cartel and one of the most wanted men in the world, Guzmán escaped from a maximum security prison in 2001 and spent more than a decade evading the authorities while amassing a fortune that would land him a spot on Forbes' list of billionaires. He was recaptured in 2014, and U.S. authorities urged Mexico to extradite him north. Guzmán escaped prison once more in July 2015 through an elaborate tunnel that led to his cell from the outside. When he was finally caught in January 2016, Mexican authorities appeared to accept that the only way to prevent him from escaping a third time or from running his criminal organization from prison was to hand him over to the United States. Mexico’s deputy attorney general has denied that the extradition was related to the change in administration or to Mexico’s deepening concerns about the bilateral relationship, but the timing suggests otherwise.

The Honorable Robert C. Bonner is the senior principal at Sentinel HS Group, and formerly served as the head of the Drug Enforcement Administration and U.S. Customs and Border Protection. Ms. Gillian Horton is general counsel and senior consultant at Sentinel Strategy and Policy Consulting.