Stephen Hadley: ISIL is "Ripping at the Fabric of Europe" 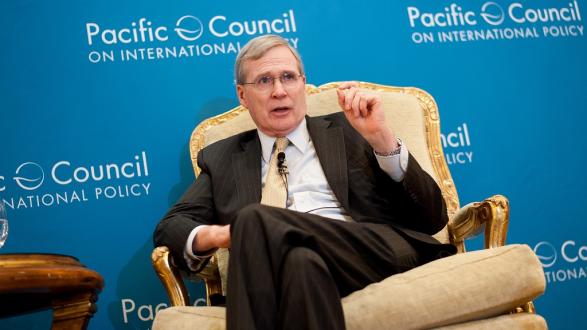 “In my lifetime, the European project – the effort to help European countries build a region that is whole, free and at peace – has never been at greater risk than it is now, at any time since World War II,” Hadley said at a Pacific Council event on March 24.

The European Union faces a whole series of challenges, explained Hadley: “Terrorism, which has really come home to Europe in a very destabilizing way; refugee flows that are forcing countries to start almost re-nationalizing their borders and security; the possibility that Britain will leave the EU; and you even have a candidate for the president of France, Marine Le Pen, who is running on a platform of taking France out of NATO and the EU, with a campaign reportedly funded by Russian banks.”

“I think there is a real risk that Europe and the EU will come apart," he lamented.

What would the potential collapse of the EU mean for U.S. foreign policy and national security?

“When you look at what happened at the end of the Second World War," explained Hadley, "the United States and Europe founded an international order based on freedom, free markets, and democracy. That order is now under siege. ISIL is ripping at the fabric of Europe, and I’m not sure it survives.”

Since the summer of 2014, militants from the Islamic State, also known as the Islamic State of Iraq and al-Sham (ISIL), have taken control of large parts of Syria and Iraq. While the group has subsequently lost significant swaths of territory in recent months, it is estimated that millions of people still live under ISIL control.

What makes the group so difficult to “degrade and destroy,” as President Barack Obama has vowed to do? According to Hadley, it's all about territory. 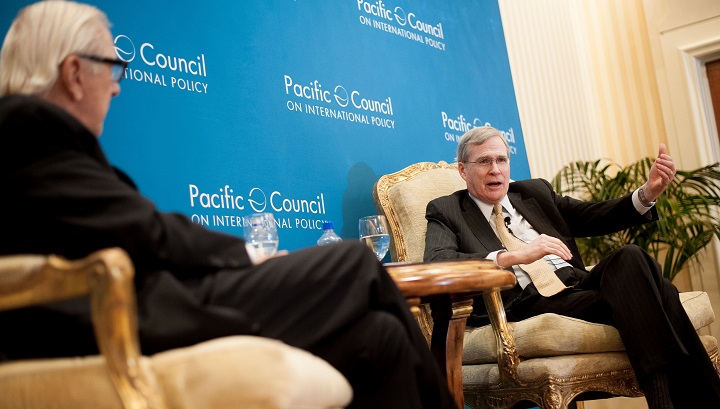 The Islamic State “has something al Qaeda only dreamed of, but never achieved,” remarked Hadley. “ISIL controls territory. They can go to the world and say, ‘we have the down payment on a Caliphate: a theocratic state run by Sharia Law that obliterates national borders.’”

Its territorial control is the source of its power and attraction to foreign fighters, argued Hadley. “Over 30,000 people have gone to Iraq and Syria to support ISIL. And they’re not just people from the Middle East – over 5,000 of them have come from Europe.”

So how can the United States and its allies hope to defeat ISIL? According to Hadley, “you’ve got to take away their territory.”

Earlier this month, President Vladimir Putin announced that “the main part” of Russian armed forces would be removed from Syria. Putin claimed that Russia had largely fulfilled its objectives since its initial intervention last September. Russian airstrikes overwhelmingly targeted anti-Assad rebels, and not the Islamic State, as official statements from the Kremlin claimed.

According to Hadley, this all plays into Putin’s larger foreign policy objectives. “He has an overall agenda to re-establish Russian influence on the world stage.”

Despite Russia’s aggressive foreign policy activities over the course of Putin’s reign, Hadley argued that the Russian leader “is manageable.”

“Putin wants to be at the head table,” he explained. “If we constrain him by our own acts of diplomacy and military deployments, we can bound his aspirations and work with him.”

On the Iran Nuclear Deal

When asked by a Pacific Council member to discuss the historic nuclear accord with Iran, Hadley responded that for the United States, “It is better to live with the deal than without it.”

Hadley argued that the next President of the United States should approach the nuclear deal with the mindset of improving, and not destroying, the accord. S/he can then develop policies around the deal to confront and change other aspects of Iranian behavior, from subverting stabilization efforts in Iraq to supporting Assad’s reign of terror in Syria.

“Despite the enormous reservations I have about the deal, I could never see how America’s position was better if we walked away from it than if we stayed in it and tried to make it work,” Hadley said.