U.S. National Security in 2016 and Beyond 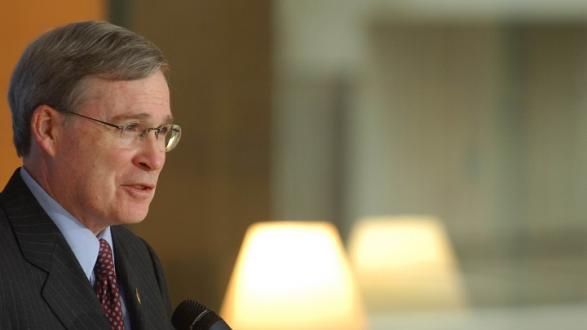 A conversation on U.S. national security policy with Mr. Stephen Hadley, former National Security Advisor to President George W. Bush. This event is presented in partnership with the Atlantic Council.

From cyberattacks and mass migration to global economic strain and climate change, 2016 promises to be a busy year for the individuals and agencies at the forefront of U.S. national security. What are the top national security priorities right now, and how should they be confronted?

Stephen Hadley served as the National Security Advisor to President George W. Bush from 2005 to 2009. From 2001 to 2005, Mr. Hadley served as Deputy National Security Advisor. In addition to covering the full range of national security issues, he had special responsibilities in several areas including a U.S./Russia political dialogue, the Israeli disengagement from Gaza, and developing a strategic relationship with India. Read more.

Ambassador Rockwell Schnabel is a founder and Chairman of The Sage Group and a member of the Pacific Council's Board of Directors. He co-founded Trident Capital, a Palo Alto based venture capital firm and was also the former President of Bateman, Eichler, Hills, Richards, Inc. (Wells Fargo Bank). Read more.