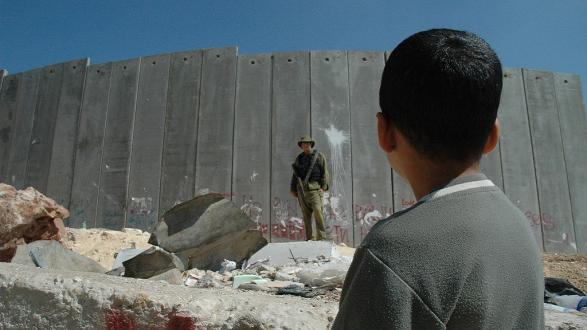 There is still a chance for a two-state solution to the Israel-Palestine conflict, which is the only credible and viable option, former U.S. Senator George Mitchell told Pacific Council members during a discussion on the Israel-Palestine peace process. The discussion was moderated by Ms. Kim Murphy, assistant managing editor of the foreign and national desks at the Los Angeles Times.

Mitchell served as a U.S. Senator from Maine from 1980 to 1995 and as Senate Majority Leader from 1989 to 1995. In 1998, he brokered the Good Friday Agreement for peace in Northern Ireland. He also served as U.S. Special Envoy for Middle East Peace from 2009 to 2011, where he worked to end the Israeli-Palestinian conflict. His new book, A Path to Peace: A Brief History of Israeli-Palestinian Negotiations and a Way Forward in the Middle East, looks at why past negotiations failed, and offers a roadmap for bringing peace to the region.

Joining Senator Mitchell during the discussion was his co-author, Mr. Alon Sachar, an associate at Gibson, Dunn & Crutcher LLP. Sachar served as an adviser to U.S. Ambassador to Israel Daniel B. Shapiro in Tel Aviv from 2011 to 2012, and to President Obama’s Special Envoys for Middle East Peace, George J. Mitchell and David Hale, from 2009 to 2011.

"If you want to have a peaceful resolution, there has to be a compromise that enables both sides to feel that they have achieved a fundamental objective."

Mitchell said he believes that there’s no such thing as a conflict that can’t be undone.

"If you want to have a peaceful resolution, there has to be a compromise that enables both sides to feel that they have achieved a fundamental objective," he explained. "Humans and governments act out of self-interest, but people often are unable to perceive their true national or individual interest until they go through a period of trial and difficulty. While there are vast differences in religion, language, culture, and historical narrative, there are also common interests."

Mitchell thought the situation was persuasively and concisely defined by President George W. Bush when he traveled to Jerusalem in 2008.

"President Bush made the argument to Israeli and Palestinian leaders that they should be vested in each other’s success because that is the only way they can achieve success themselves," said Mitchell. "To the Israelis, he said, ‘You have a highly successful state, but you don’t have security for your people or normal relations with many of your neighbors. The only way you’re going to get that is if the Palestinians get an independent, sovereign, non-militarized state living side by side in peace with Israel.’ To the Palestinians, he said, ‘The only way you’re going to get a state is if the people of Israel have reasonable and sustainable security.’"

"Israeli and Palestinian leaders should be vested in each other’s success because that is the only way they can achieve success themselves."

Sachar pointed out that over the last decade, the approach of security cooperation with Israel is losing popularity with Palestinians.

"President Mahmoud Abbas is being seen much more like the implementer of Israel’s occupation than the leader that will bring Palestinian independence," said Sachar. "There are calls even from within his own party for the Palestinian Authority to stop the security cooperation with Israel."

Mitchell and Sachar made the case for an agreement between Israelis and Palestinians not just for their sake, but for the sake of the entire region.

"We think an agreement with the Palestinians would enable a regional coalition of Israel and Arab states in opposition to Iran’s continued drive for hegemony, which has gone on for a thousand years and is going to go on long into the future," said Mitchell. "It may not be the principal purpose of an agreement, which is to meet the needs of the two societies directly, but it’s a very important subsidiary."

As for getting Hamas to join peace talks and commit to non-violence, Mitchell compared the situation to the peace process between Ireland and Northern Ireland, which he helped broker.

"In preparation for the talks, I prepared what became known as the Mitchell Principles, a set of commitments to nonviolence that would be required of any party entering the talks," said Mitchell. "Sinn Féin did not enter the negotiations or agree to the principles until the talks got going, then they finally did agree. I believe there’s zero incentive for Hamas to get involved now, and they’ve stayed out. But if they see that a process is serious and may in fact result in a Palestinian state, I believe that will be the opportunity to get them to move on the conditions for their entry to the talks."

"[Ireland was] easy to deal with compared to the Middle East."

Mitchell said the way Israel has been negotiating is sending the wrong message.

"When Hamas kidnapped Corporal Gilad Shalit [in 2006], Israel negotiated through intermediaries over a long period of time to gain his release through the swap of 1,000 Palestinian prisoners to Hamas," said Mitchell. "The message that is sent is that violence pays off. It works. It gets a response. Peaceful efforts to negotiate don’t get anywhere."

Mitchell remains optimistic about the prospect for an agreement between the two sides, though he acknowledges that it is an extremely difficult situation.

"During my five years in Northern Ireland, I thought the Irish were very tough to deal with," said Mitchell. "Then I spent six months with the Israelis and Palestinians, and realized the Irish are easy to deal with compared to the Middle East."