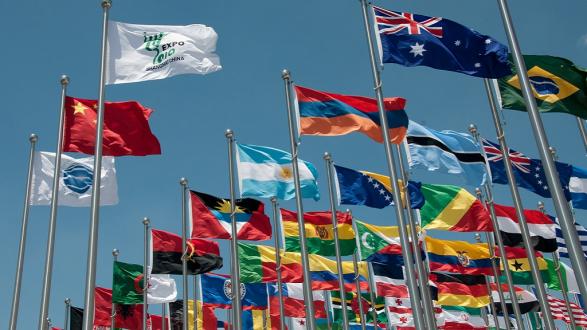 At a time when disinformation and fake news corrupt communication channels, delivering the truthful and authentic American message is needed now more than ever. American public diplomacy, our nation’s outreach to peoples around the world, is the prime channel for communicating this message. It is essential to this country’s national security and should be vigorously championed by the president and Congress.

The value of public diplomacy has risen steeply in light of the strategic challenges as well as opportunities currently faced by the United States. It helps undermine the appeal of violent extremism by providing messaging and tangible assistance to those most susceptible to radical recruitment. It strengthens alliances by providing citizens of friendly countries with knowledge about American values and with aid that improves daily lives, such as by fostering expanded transnational business operations and building enlightened civil society institutions.

Public diplomacy is cost-effective because it proactively addresses threats that could spiral into costly crises. In 2013, James Mattis, then commander of the U.S. Central Command and today our secretary of Defense, told a congressional hearing, "If you don’t fund the State Department budget then I need to buy more ammunition… the more that we put into the State Department’s diplomacy, hopefully the less we have to put into a military budget."

Public diplomacy serves as a key tool for softening attitudes and calming tensions between countries in times of crisis. It builds bridges between America and others on a plethora of cultural platforms.

Public diplomacy serves as a key tool for softening attitudes and calming tensions between countries in times of crisis. It strengthens coalitions in support of U.S. policies through methods ranging from broadcasting to academic exchanges. It builds bridges between America and others on a plethora of cultural platforms, including sports, cuisine, theatre, music, art, style, dance, and architecture. It enhances American leadership and global competitiveness by reaching out to diverse constituencies in other countries.

Public diplomacy is America's essential foreign policy tool. It acts as an indispensable counterbalance to our nation’s hard (read: military) power. The United States possesses unmatched military capability, but history and experience demonstrate that it is neither economically wise nor morally proper to rely too heavily on power which is wielded through armed threat and force. Public diplomacy, by contrast, relies partly on persuading people to your point of view through attraction rather than coercion.

Even more than its military strength, America’s greatest assets are its core values, which inspire emulation and appeal to the aspirations of populations throughout the world. Values arise from a shared belief in a set of norms that enable a nation to function stably and peacefully. They cannot be imposed on other countries, rather, they are communicated by example. We Americans might take freedom of speech, freedom of the press, freedom of religion, and our other liberties for granted, but in much of the rest of the world they inspire awe.

The president should nominate an undersecretary of State for public diplomacy and public affairs, and other senior positions in the State Department should be filled. Congress should dispel budget uncertainty by funding public diplomacy programs at a meaningful level.

Further, American culture — art, education, entertainment, sports, technology, free enterprise, and other facets of American life — have made lasting impressions across the globe, stirring imagination and admiration. Exchanges in these fields are relatively apolitical and therefore more likely to attract those otherwise wary of being politically manipulated. At the heart of U.S. public diplomacy is sharing our foundational values and achievements with foreign publics and governments. Such efforts require sophisticated skills, careful planning, and, yes, resources.

Public diplomacy has been a central element of American foreign relations since Benjamin Franklin’s day. And now, although the State Department and the Broadcasting Board of Governors take the lead, public diplomacy is an all-of-government enterprise weaving throughout the work of a dozen agencies and departments. Its success also depends on the involvement of the private sector, including corporations, non-governmental organizations, universities, and individual citizens. All play a consequential role in conveying America’s positive message abroad.

This doesn’t happen in a vacuum. It requires the support of the White House and Congress as providers of leadership and funding. As the Trump administration’s foreign policy continues to take shape, public diplomacy must not be neglected. The president should nominate an undersecretary of State for public diplomacy and public affairs, and other senior positions in the State Department should be filled promptly so public diplomacy can be fully integrated within the overall foreign policy apparatus. Congress should dispel budget uncertainty by funding public diplomacy programs at a meaningful level.

Public diplomacy is not an afterthought in our international relations strategy. Every well-crafted public diplomacy program enhances America’s national security.

Directly or indirectly, every well-crafted public diplomacy program enhances America’s national security. That is why public diplomacy is so important and why it deserves the attention and support of the Trump administration and Congress. The world is a perilous place, and from America’s standpoint, public diplomacy can make it less so. It is time to move forward.
____________

Mel Levine is a Pacific Council Director and served as a U.S. congressman from California from 1983 to 1998. He currently serves as counsel at Gibson, Dunn & Crutcher in Los Angeles.

Jay Wang is a Pacific Council member and director of the USC Center on Public Diplomacy. He is also an associate professor at the USC Annenberg School of Communication and Journalism.