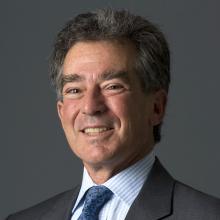 A member of the Pacific Council on International Policy’s Board of Directors, Mel Levine is Counsel at the law firm of Gibson, Dunn and Crutcher, where he specializes in international transactions and governmental strategic counseling. Mr. Levine is a former member of the U.S. Congress, where he served on the Committee on Foreign Affairs and its subcommittees on International Economic Policy and Trade, Europe and the Middle East, and Asia; the Committee on the Interior and Insular Affairs; and the Committee on the Judiciary and its subcommittee on Intellectual Property. He was also Chair of the House Task Force on Exports and the Democratic Caucus Task Force on Latin America. Before his tenure in Congress, Mr. Levine served in the California State Assembly. Mr. Levine served as U.S. Chair of the Anti-Incitement Committee, member of the U.S.-Israel Science and Technology Commission, and Presidential appointee to the United States Holocaust Memorial Council. A member of the Council on Foreign Relations, Mr. Levine founded and co-chaired Rebuild America, an educational foundation to improve U.S. competitiveness. He also served, at the request of Vice President Al Gore, as Co-President of Builders for Peace, the private sector effort to assist the Middle East peace process. Mr. Levine is a former President of the American Friends of the Rabin Center in Israel. He was the President of the Board of Commissioners of the Los Angeles Department of Water and Power, a member of the Advisory Board of the Goldman School of Public Policy at the University of California (Berkeley), Chair of the Advisory Board of the Center on Public Diplomacy of the Annenberg School at USC, and is Co-Chair of the California Coalition for Public Education. He was named one of the "100 Most Influential" lawyers in California and is listed in America’s Best Lawyers.