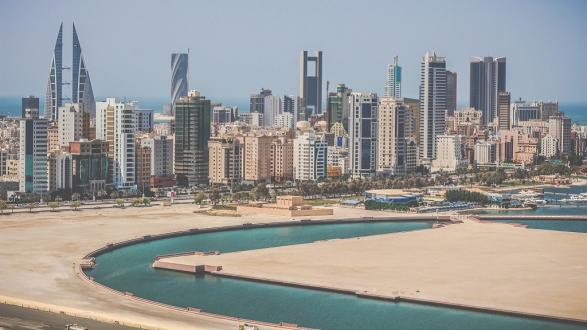 Twenty-five years ago, Vice President Al Gore asked the two of us to head up a project he was launching to promote Palestinian economic development in support of the still fledgling Oslo peace process. Our effort was called Builders for Peace and brought together an impressive group of American Jewish and Arab American business leaders.

We understood that economic prosperity alone would not bring peace. That could be achieved only through a negotiated political resolution to the Israeli-Palestinian conflict. At the same time, we realized that improvements in the Palestinians' dire economic situation couldn't wait until the end of the five-year period envisioned by the Oslo Accords. If the process were to be sustained, Palestinians needed to experience the benefits of peace even as negotiations moved forward.

Given this background, one might conclude that we would be in favor of the U.S.-sponsored Peace to Prosperity Conference set for Tuesday and Wednesday in Bahrain. We are not. Our experiences during the three years we co-chaired Builders for Peace and what we have seen develop in the Israeli-Palestinian relationship in the intervening years have led us to conclude that the conference is an ill-conceived sideshow that will lead only to a dead end with neither prosperity nor peace as the outcomes.

What we have seen develop in the Israeli-Palestinian relationship has led us to conclude that the conference is an ill-conceived sideshow that will lead only to a dead end with neither prosperity nor peace as the outcomes.

Our delegation was present at the first international economic summit in Casablanca, Morocco, in 1994. We will never forget the optimism of that gathering. It was so promising to see business and political leaders from across the Arab world, coming together with Israelis, Palestinians, and Americans to discuss investment plans to support peace.

We suppose this is what Jared Kushner and Jason Greenblatt have in mind for Bahrain. If so, they would be well advised to pay attention to the lessons we learned in Casablanca and in the years that followed.

The message Palestinians brought to the summit was quite simple. "What we need," they said, "is capital to be invested in our private sector and we need the freedom to do business." They required freedom of movement so their domestic industries could expand. And they needed independence so that they could freely import raw materials and export finished products to the outside world.

Despite the terms of the Oslo Accords and follow-up economic agreements, Israel's government and private sector resisted relinquishing control over the economy of the occupied territories. As a result, the freedom to do business that was a precondition to economic growth was not in place.

What we had hoped would be an independent, thriving Palestinian economy has instead become a dependency that requires external assistance to survive.

American businesses that had initially expressed interest in locating in the occupied territories withdrew their bids when they realized they could not easily import and export products without securing Israeli permission (a cumbersome process that often involved long delays) or adding an Israeli partner (which added unacceptable costs). Even a U.S. government effort to ship bulbs to Gaza to help expand Palestinian flower exports to Europe failed after Israel refused to allow the bulbs to be unloaded. They rotted at the port.

While a recent World Bank study noted that Palestinians would triple their growth rate if barriers to free trade were removed, the situation today is even worse than it was 25 years ago. Israeli settlements and settler-only roads have carved the occupied territories into small disconnected parts. East Jerusalem, which once served as the economic, political, social, cultural, and educational hub of the West Bank has been cut off from the rest of the territories.

This has caused severe economic dislocation and hardship on both sides of the divide and is increasing as Israel intensifies its control of the eastern part of the city. Much the same is happening in Hebron, and even worse is the disaster that has become of Gaza, suffering under the twin hardships of Hamas rule and a suffocating Israeli blockade.

Palestinians have been down this road before, and they know that unless there is a political horizon that provides for an end to the occupation and the freedom and independence they need to grow their economy, they will not prosper.

While the Palestinian private sector continues to struggle against all odds, it is worrisome that two of the major components of the Palestinian economy are day-labor jobs in Israel and Israeli settlements or employment in the bloated Palestinian Authority public sector. What we had hoped would be an independent, thriving Palestinian economy has instead become a dependency that requires external assistance to survive.

It is against this background, with no lessons learned, that we believe the "workshop" in Bahrain will fail. It will not fail because Palestinians are largely boycotting the event. Rather it will fail for the reasons those Palestinians are staying home. They've been down this road before, and they know that unless there is a political horizon that provides for an end to the occupation and the freedom and independence they need to grow their economy, they will not prosper.

Mel Levine is a Pacific Council Director and a California attorney who served in the U.S. House of Representatives from 1983-93.

James Zogby is the co-founder and president of the Arab American Institute. From 1993-96, they served as co-chairs of Builders for Peace.

This article was originally published by the Los Angeles Times.